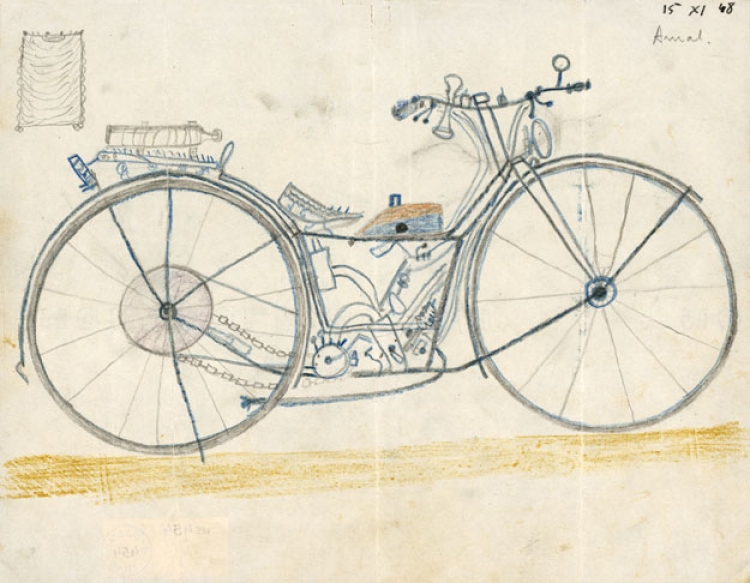 Benjamin Arneval was the youngest child in a farming family in Lozère, France. After his parents’ death, he continued to work on the family farm which was then managed by his brother. He was mobilised in 1939, at the start of World War II, but he suffered from visions and was haunted by the feeling that the world and people were changing shape. Back on the farm, in August 1942 he mistook his brother for ‘a sort of ghost’, and shot him. Arneval was then committed to the Saint Alban hospital, which he considered unjustified, but settled in quietly. In 1948 he was seized by a violent anxiety fit, feeling assailed by cows, horses, and other beasts, and was convinced the end of the world was nigh. After this attack he spent two months drawing feverishly, but this sudden burst of creativity petered out.

Arneval’s drawings are minutely detailed, and sometimes show the interior of his subjects: a cow with its skeleton showing, or the inside of an aeroplane. His childhood on the farm inspired him to draw tools, vehicles, agricultural machinery, farm animals, and household furniture. Imaginary snakes and monsters haunt some compositions.