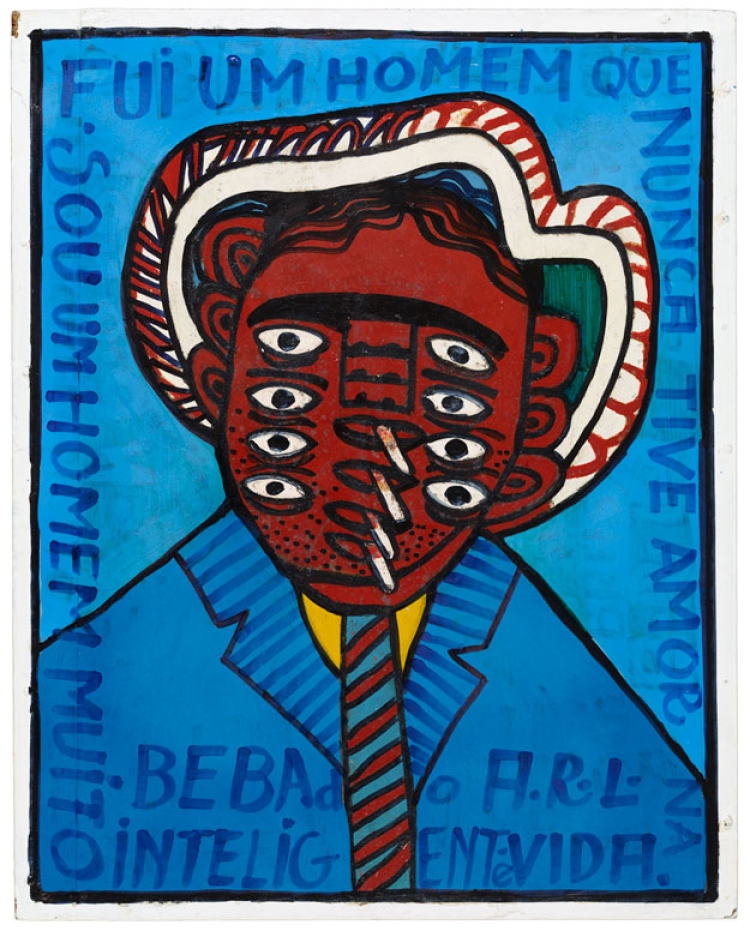 Antonio Roseno de Lima, known as ARL (1926-1998), was born in Alexandria, a small city in northeastern Brazil. From a family of very modest means, he had five siblings. ARL began working when very young, making wood objects and birdcages. He went on to marry and have five children. At thirty-two, he left his family, including his pregnant wife, to look for work in São Paulo. There he met Soledad, with whom he would live for forty years. Having discovered photography and painting in 1961, thanks to a two months' course, for several years he made a living shooting weddings and birthdays.

Finding himself reduced to poverty, he fixed up a living space for himself—a small, unsanitary cabin with no lighting in the "Três Marias" favela of Campinas— remaining there until his death. Although diagnosed with schizophrenia and diabetes, ARL painted every day. His passion for that medium came from his interest in photography: he would bring home all sorts of images culled from newspapers, magazines and wrappings and go on to reproduce these in paint. He devoted much of his work to animals, but he also did anonymous portraits and figures of the day (mostly Brazilian politicians). He used several sorts of techniques, which at times he would list on the back of a piece—pencil, ballpoint pen, paint thinner and more. ARL also touched up some of his photos, enhancing them with paint and ink or a highlighter pen. He added inscriptions to his compositions: illiterate himself, he had his neighbor write them out and then copied them letter by letter onto his own works.