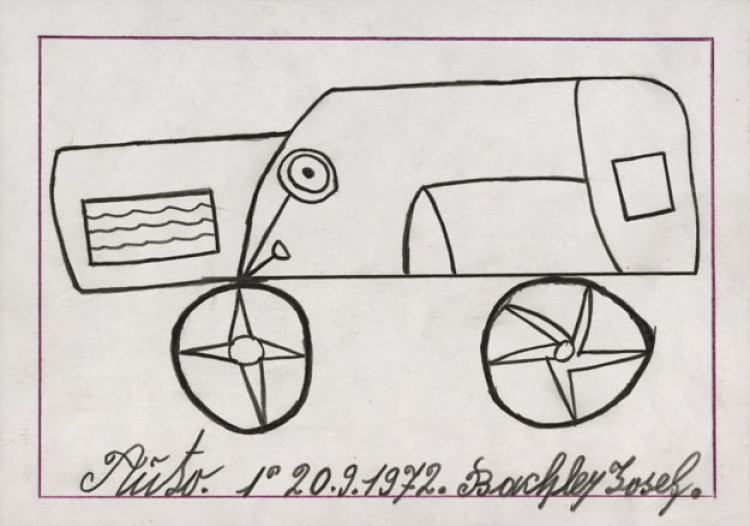 Josef Bachler (1914–79) was born in Vienna, Austria. He was orphaned and taken in by an adoptive mother, then placed in various foster homes. He trained as a roofing contractor and worked in his trade until 1938, when he was sent to the Dachau concentration camp. After the war he lived and worked in the area around Vienna, where he met the woman he eventually married. He suffered from alcoholism and was committed to the Maria Gugging hospital in 1970, and spent the last nine years of his life there.

Bachler drew working from memory or from models he chose. He preferred drawing with lead pencil, using coloured pencil only for the outlines. He used small regular strokes in a very precise, controlled manner to render variations in surfaces and textures. According to his doctor Leo Navratil, this attention to minute detail was a way of steadying his emotional reactions and violent outbursts. Bachler had an authoritarian temperament, and his attempts to order other people about triggered numerous quarrels.