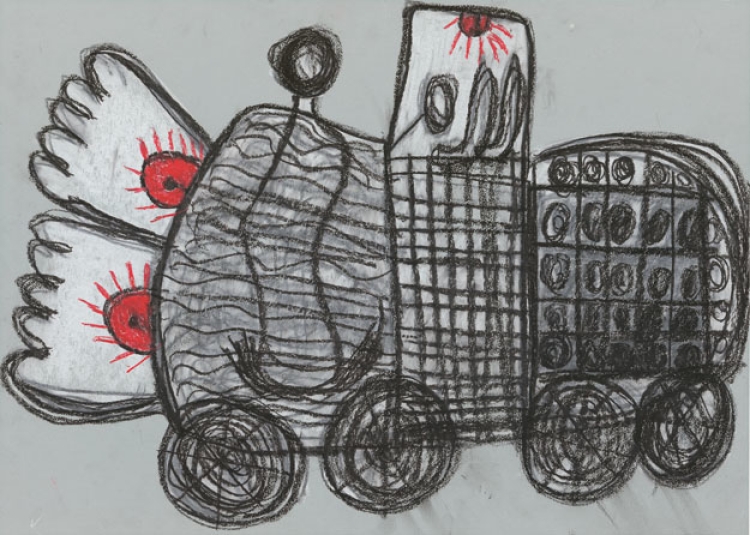 Fausto Badari (b. 1962) was born in Roverbella, Italy. His parents suffered from psychic disorders and lived in great poverty. His father was a street sweeper and his mother worked as a seasonal agricultural labourer. Badari went to school until the age of eleven, and then worked briefly in the fields. Fragile since childhood, his condition deteriorated through lack of support, and worsened when his father died in 1992. He was in and out of a home until 2004. But his mental health continued to deteriorate, and he was hospitalised in psychiatric clinics on several occasions, in particular in the Sospiro Onlus foundation, where he now lives. In 2010 Badari began to work in the foundation’s art studio.

He always draws in the same manner: he sits down, studies the sheet, then gets up and draws the shapes with black pastel, which he covers entirely with white or yellow crayon. He then goes over the outlines in black and finally works on the details. Vehicles are central to Badari’s work, and his only theme. He focuses on the interior and the salient parts of the vehicle: motor, radiator grill, wheels, and headlamps.