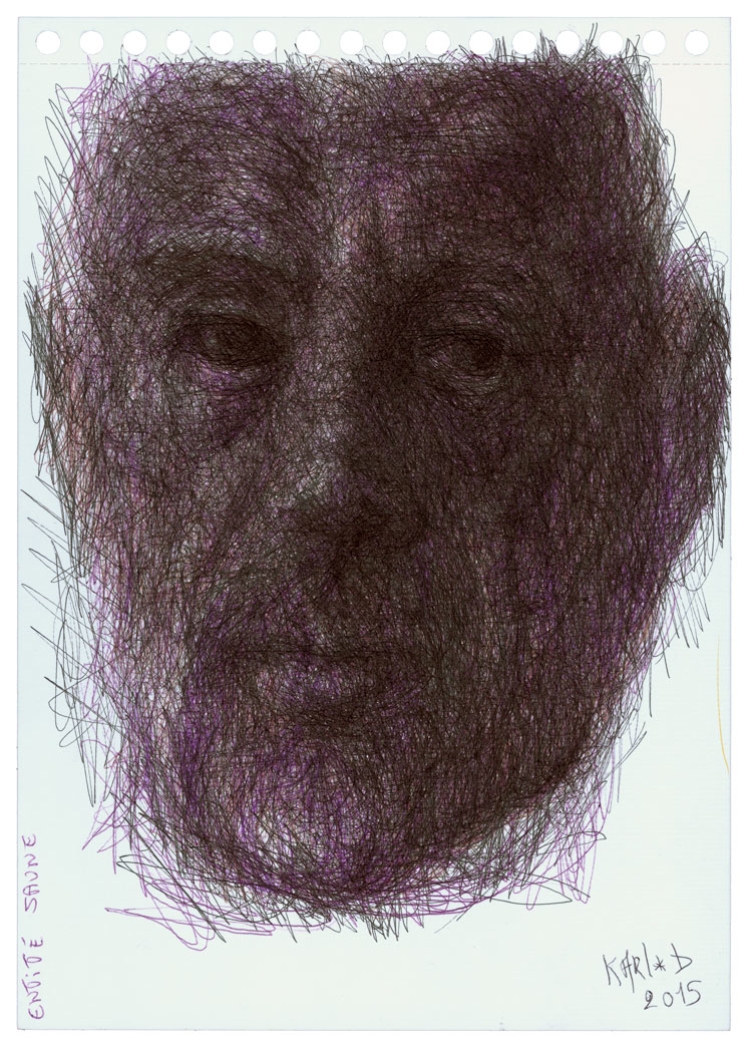 Karl Beaudelere, as is wont to call himself, grew up in a working-class neighborhood of Marseille (France). His father worked for the French merchant shipping company "Compagnie des messageries maritimes." In 1977 he discovered and was deeply affected by Charles Baudelaire's "The Flowers of Evil". As a young man, his first training was in the printing field; he went on to work in men's ready-to-wear fashion, before becoming a second-hand goods dealer and later still, a security guard. In 2006, he created a first Plexiglas sculpture using an original technique; the next year he took up drawing with pastels and felt-tip pens. He also applied stencils to outside walls.

All his creations link up with Baudelaire's collection of poetry, on which he continued to dwell, and excerpts of which he even had tattooed on his own body. In 2011 he began working on a series of self-portraits, using ballpoint pens he bought at the market. Wearing a hood turned inside-out, which he painted and heightened with words by Charles Baudelaire, he took to introducing himself as that poet's "entity,". He works up to a month on each of his at times quite large pieces. These he bases on images of himself on a mirror hanging near a table, enabling him to come up with strange, densely lined faces. Karl Beaudelere has been showing his works regularly since 2014, continuing to produce self-portraits as well as various other artistic projects.