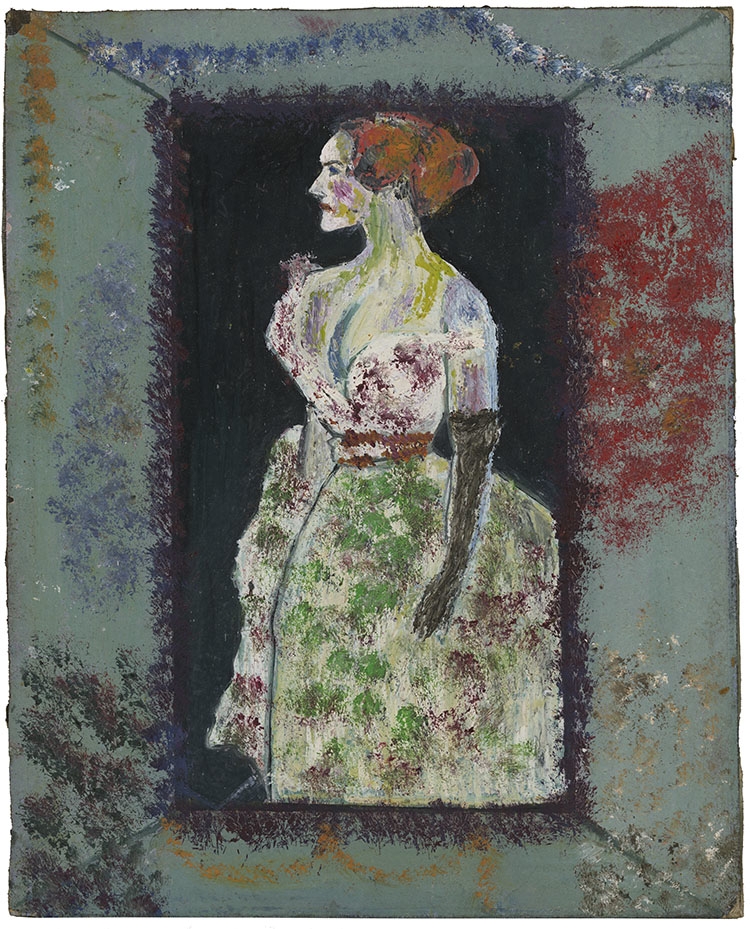 Boris Bojnev (1898–1969) was born in Saint Petersburg, in Russia. His father, a teacher of history and literature, died when he was only four. After the Revolution his mother and adoptive father sent him to Paris, where he played an active part on the expatriate Russian cultural scene. While making a living copying musical scores, he debuted as a writer and poet, and in 1921 began collecting naive paintings from a secondhand dealer in Paris's Gobelins neighbourhood. In 1939 he moved to Marseille, then to Nice and finally to Mane, in the Provençal Alps, adding to his collection with purchases at flea markets and from dealers.

Although himself a practising artist, Bojnev mostly worked on pictures he had bought. Applying thick, lumpy paint directly onto canvases or wooden panels, he inserted details or modified the original completely. Among his recurring motifs were nude women in a "Leda" vein. He concluded with "auras" of his own design, unique, eclectic frames relating to the subjects and made of salvaged materials – fabric, wallpaper, bits of wood, costume jewellery, feathers – glued or nailed together.

Meanwhile he also published several collections of poems in Russian and French. In Mane, the village where he settled permanently after the Second World War, he met the young Gilbert Pastor, who in turn would become a painter and a dedicated collector of his work. Together with gallerist Alphonse Chave, this "spiritual son" would make a significant contribution to the diffusion and reputation of the Bojnev oeuvre.