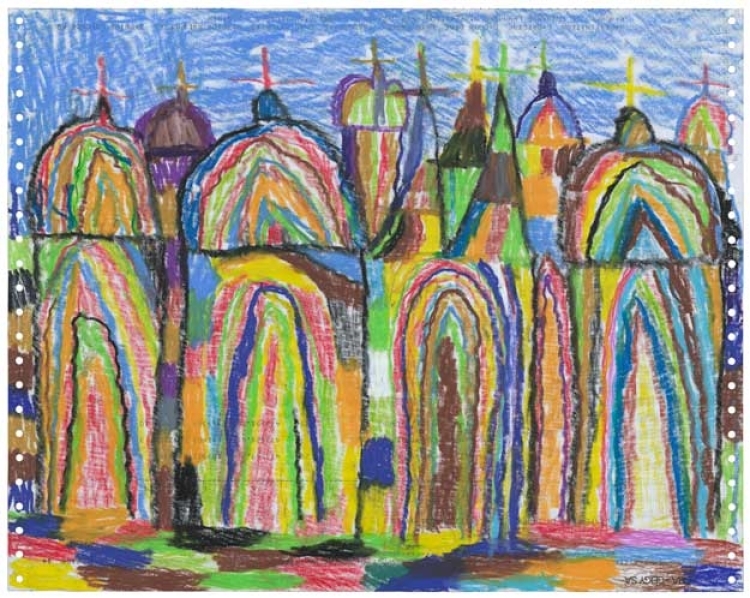 Benjamin Bonjour (1917–2000) was born in Bex, Switzerland. He lost his parents when he was still a child. A bout of meningitis when he was eighteen left him handicapped. His elder brother looked after him for a time, but was later killed in a road accident. Benjamin Bonjour then shared a flat with his two younger sisters. Despite a slight handicap, he earned his living selling haberdashery (needles, wool, and aprons) in the nearby villages. He stopped work when he was sixty or so and thereafter spent his time singing and drawing and taking long walks in the countryside.
He was a prolific artist, drawing flowers, trees, landscapes, and mountains in coloured pencil, felt pen, or oil pastel on paper, envelopes, chocolate boxes, and pamphlets. Architecture is an important theme, represented by churches and small buildings like chalets or farmhouses. Whatever the motif, his pictures are composed of a mass of small colourful units. These graphic divisions and bright colour contrasts give his work great rhythm and dynamism.