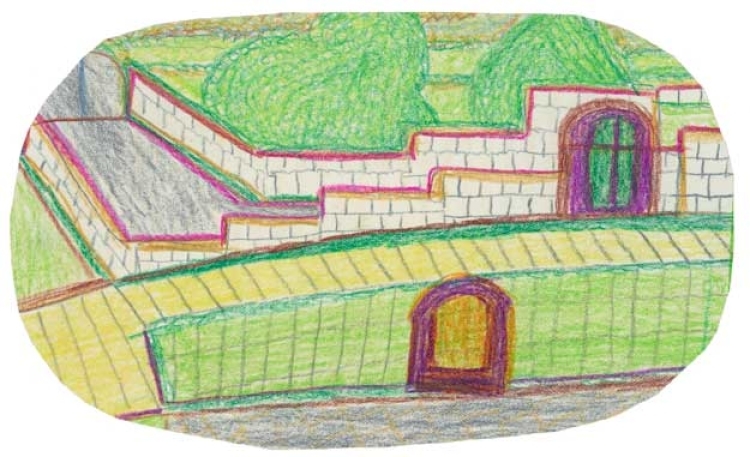 Édouard Boschey (1907–1988) was born in Ostend, Flanders. His father died during the war and the child was sent to Switzerland as a refugee. He was taken in by a family in Glovelier, in the Jura, and attended primary school before working on the family farm. Boschey was fiercely independent and a loner, although he did not live on the outskirts of the village. In 1945, when his "masters“ died, he was obliged to leave the farm he had been working on for thirty years, because he was not their heir. He then built a hut in the forest where he lived like a hermit, scraping together a living as a woodcutter and doing odd jobs.
At the age of sixty-five he started to carve, working with pieces of wood and roots, or an odd-shaped branch picked up on a walk. He also began to draw. About this time, his failing health led him to stay, on three occasions, in an old people’s home. Towards the end of his life he gave up carving but kept drawing, producing a total of some six hundred pictures. He used small pieces of paper, rounding off the corners with scissors. His works conjure up a colourful world, mingling plants and geometrical forms, small buildings and starry skies, inspired by his life outdoors.