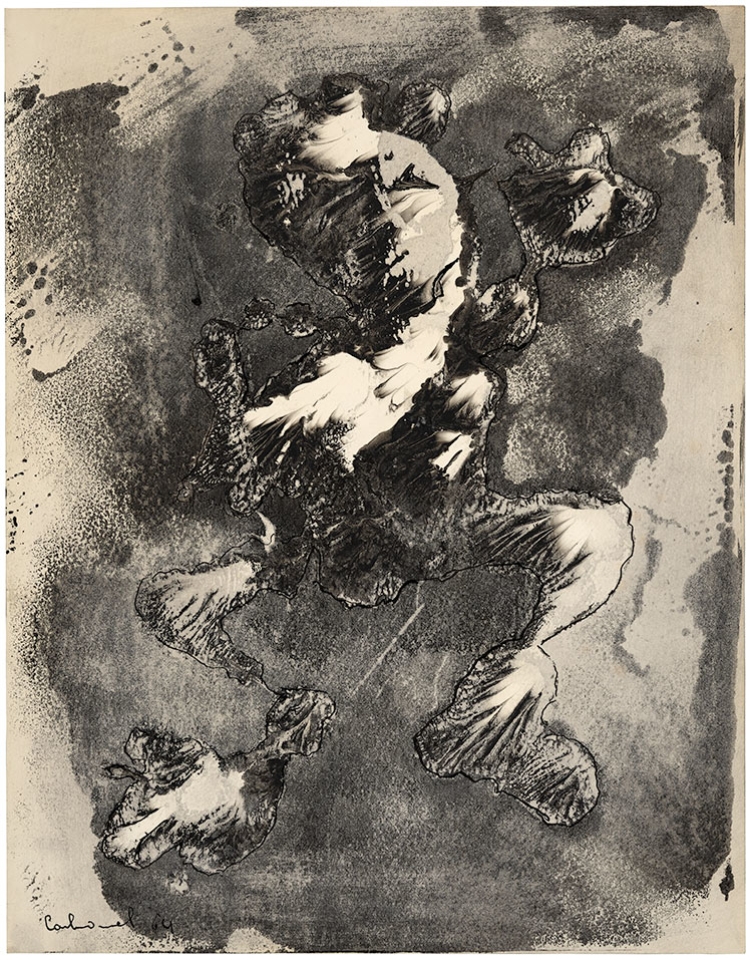 Pierre Carbonel (1925–2011) was from Anglet, in the Lower Pyrenees in France. His mother raised five children in difficult financial circumstances following the death of Pierre’s father the year after he was born. He became a school supervisor upon finishing high school, a clerk, and then a stretcher- bearer with the French Red Cross. He joined the army and went to North Africa for two years. He married upon his return and had a child, but the couple soon separated. Pierre Carbonel was fired several times by his various employers before pursuing a successful career as a salesman. He remarried and led a comfortable life, but it was a life that bored him profoundly.

For several years he was fascinated by archaeology, literature, and painting, and it was after reading a Jean Dubuffet catalogue published for a 1960 exhibition that he decided he should take up painting.

Enthralled by the writings of the French artist, with whom he corresponded for more than twenty years on the creative potential of the ‘common man’, he experimented with fingerprinting processes using a technique he patiently developed using ink, paint, varnish, and other liquids. His mysteriously crafted works depict strange moving figures, masks, and dancing characters.