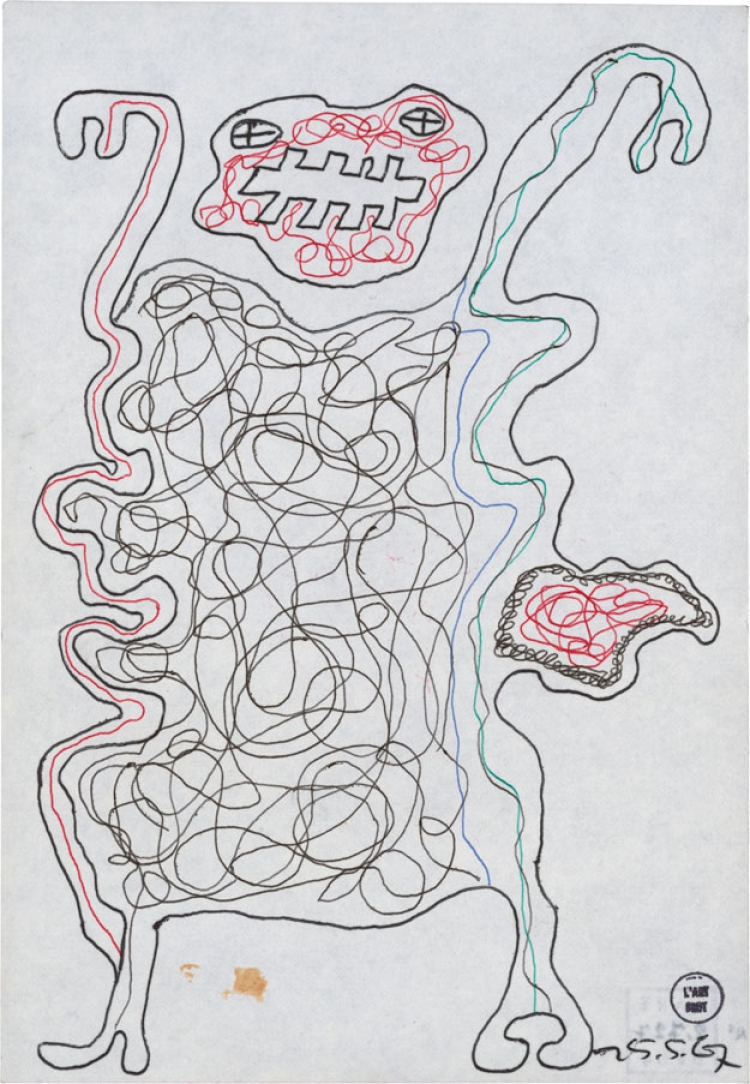 Ignacio Carles-Tolrà (1928 - 2019) was born in Barcelona, Spain, and moved to Zurich, Switzerland, when he was twenty-nine. There he met Jean Dubuffet, with whom he became great friends; the two took to corresponding regularly. Carles-Tolrà began painting and drawing in 1960, the year he moved to Geneva (where he worked for the Red Cross), drawing in the evenings and at night. In 1967 Jean Dubuffet chose a number of his works for the exhibition ‘L'Art Brut’, which he organised at the musée des Arts décoratifs in Paris.

When he retired, Carles-Tolrà returned to Spain, living in Santander with his wife and continuing his artistic development. In his works, the human figure is a composite, barely recognisable creation resembling the fantastic creatures and animals found throughout his pictures. His bodies are transparent, like x-rays, revealing ghostly entrails that disregard conventional notions of how the human body should be represented. The works are executed in acrylic, ballpoint pen, gouache and pastels.