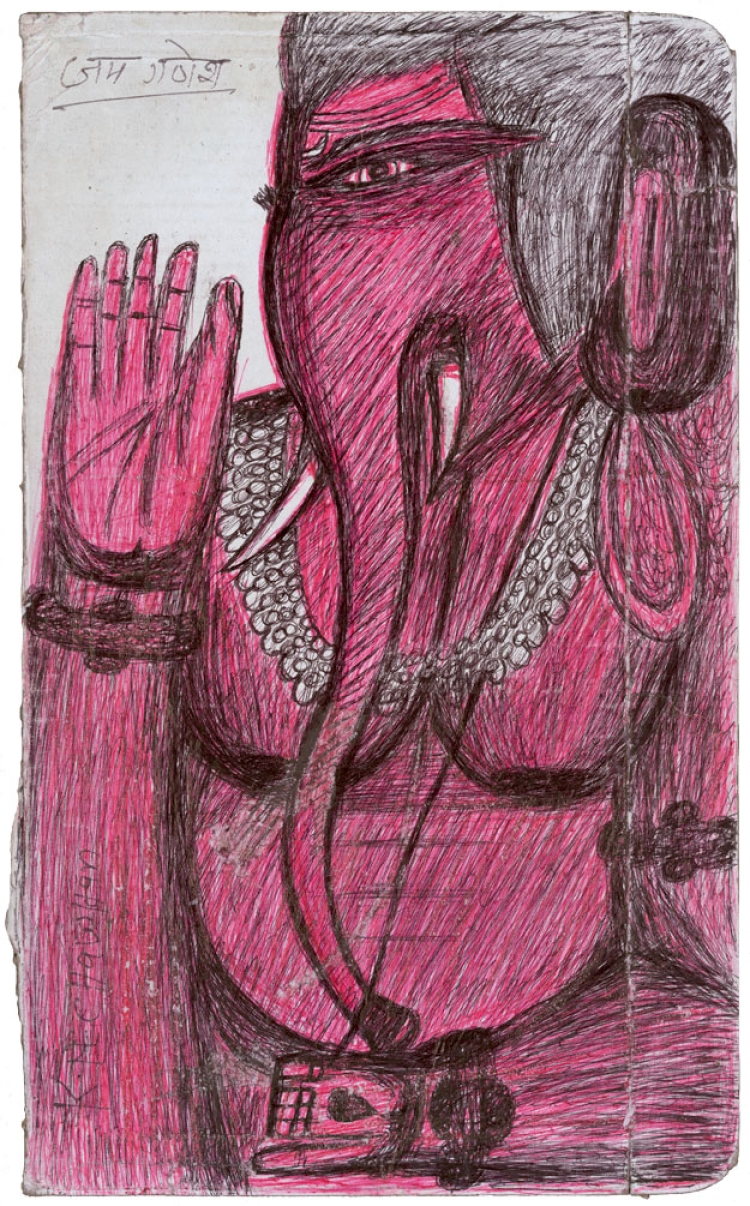 Kashinath Chawan draws in ballpoint pen on torn cardboard or pieces cut out from salvaged shoe boxes, or else on used pieces of paper found on the floor. It may appear as if he starts out with flaws, obstacles or constraints, but this self-taught creator sees them as fruitful and inspiring givens.
Chawan does no sketches or preliminary drawings: his first lines are light and imprecise. These he then builds up by repeating them in little dash-like jerks atop of each other, so that they gradually form an ever more intense line that goes on to acquire stability and a cursive flow. Using a simple ballpoint pen, Chawan invents a technical system that leads to graphic plays, to subtle half-lights and to the effects of relief and materiality, in a production that is as soft as it is mysterious.

Kashinath Chawan's family belongs to the shoemakers' caste: his grandfather and his father plied the same trade, and he himself has been practicing it since the age of fifteen. During the calmer afternoon hours, when there are fewer customers, he grants himself a moment of free time in which to do his drawings. For the most part, these depict Hindu deities, but also figures from the two famous Indian epics, Mahabharata and Ramayana , as well as the occasional political figure or some Bollywood star.