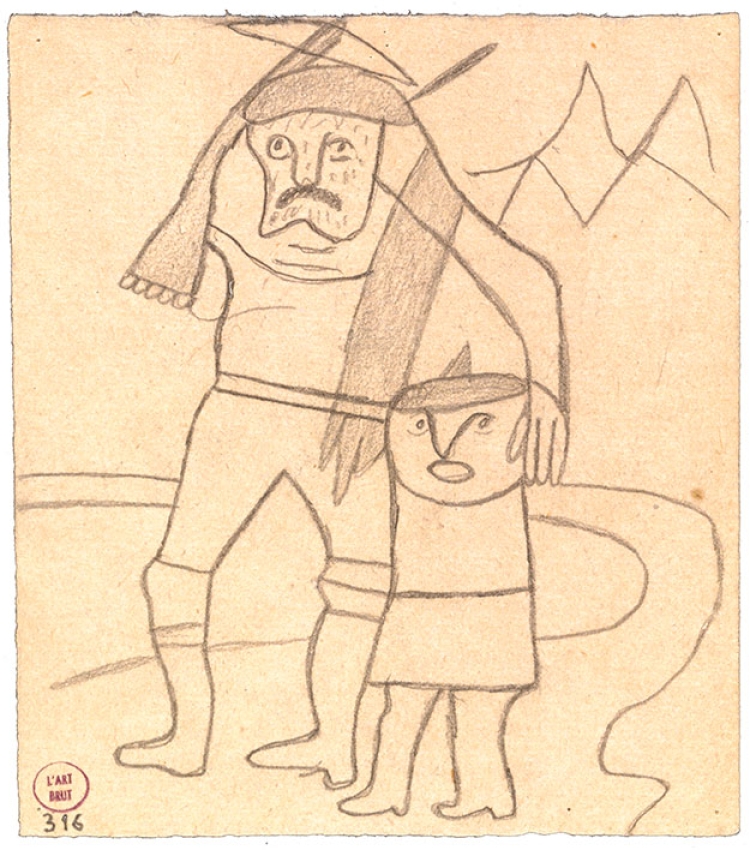 Born in Payerne, Switzerland, Jules Doudin came from a family of ten children. When he was 11, his life was marked by his father’s suicide. To meet his needs, Jules left school very young and found employment as farmhand, labourer and railway employee. In 1910, aged 23, he was confined to the asylum at Cery-sur-Lausanne as a result of problems with alcoholism. He escaped a few days later but was re-admitted the following year.

After 20 years of hospitalisation he embarked on graphic production, which he pursued assiduously for several months before stopping abruptly, taking it up again intermittently over a ten-year period.

He would draw figures, animals, imaginary beings and self-portraits in lead pencil, annotating his compositions. As support he used small notebooks made from beige-coloured wrapping paper intended for the manufacture of bags.