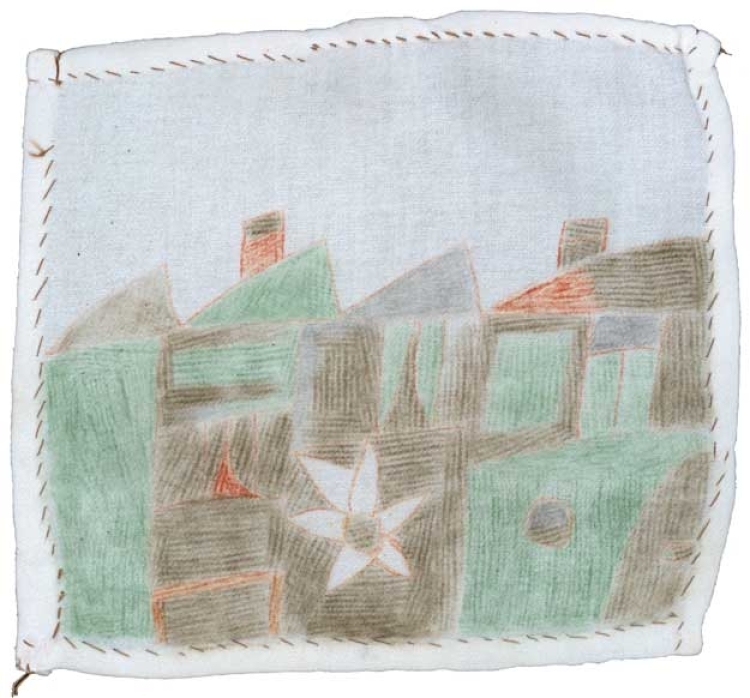 Samuel Failloubaz (1903–1975) was born in Vevey, Switzerland. After elementary school, he worked in a range of jobs as a journeyman, an unskilled labourer, and a street hawker. Between 1934 and 1973 he was admitted several times to the psychiatric hospital of Cery-sur-Lausanne. Failloubaz started drawing regularly in about 1940, first on his store of wastepaper or cardboard, and then on handkerchiefs, pillowcases, and pieces of cloth cut from old clothes.
He used graphite and coloured pencil, ballpoint, and felt pens to draw houses, boats, people, animals, flowers, and trees. In 1966 he was put in an old people’s home at Glion, near Montreux, where he stayed for the rest of his life. In the home, he spent his time drawing and going from door to door in the neighbourhood selling his works, along with postcards, toothpaste, and caramels. He also sent drawings to friends by mail. Over thirteen thousand drawings were distributed in this way between 1968 and 1975.