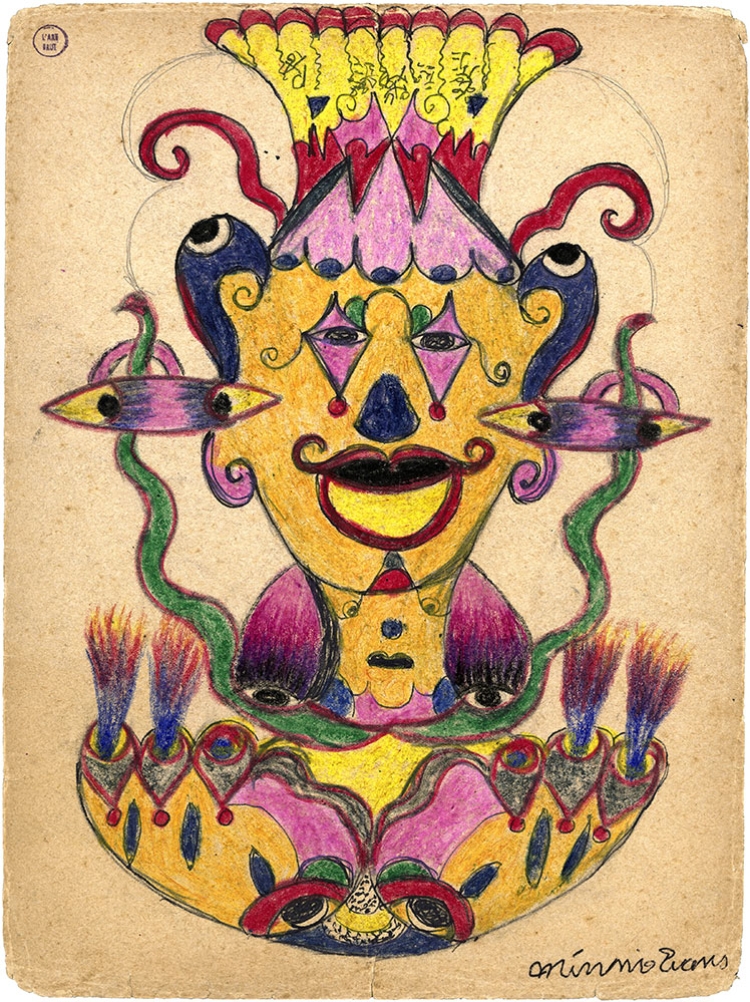 Minnie Evans (1892–1987) was born in Long Creek, North Carolina, USA. Soon after her birth, Evans moved to Wilmington with her mother, who was only fourteen at the time, to live with her grandmother and great-grandmother. They brought her up together and told her all about her ancestors in Trinidad and Tobago, who had arrived in North Carolina as slaves. She began to have bouts of recurring dreams and mystical visions that often stopped her sleeping. After spending only a short time in school, Minnie started working at a mussel farm to help the family. In 1908 she met her future husband there and they had three children. In 1948 she found work at the ‘Airlie Garden’ park, where she sold entrance tickets. She enjoyed her work and remained at the park until 1974, when her poor health obliged her to give up work altogether. At the age of forty-three Evans made her first two drawings one Good Friday, in answer to divine instructions, according to her. And she continued thereafter to produce drawings and oil paintings, explaining that this new activity relieved the stress caused by her dreams and visions. For her, art used as a means of meeting religious requirements became the physical embodiment of belief. Her works are brightly coloured, just like her visions, and provide a pictorial universe in which Biblical themes, motifs taken from nature, and wide-eyed exotic creatures all sit cheek-by-jowl according to a principle of symmetry. Using images from her dreams as symbols and metaphors, Evans found her own way of celebrating her understanding of the miracle of existence.