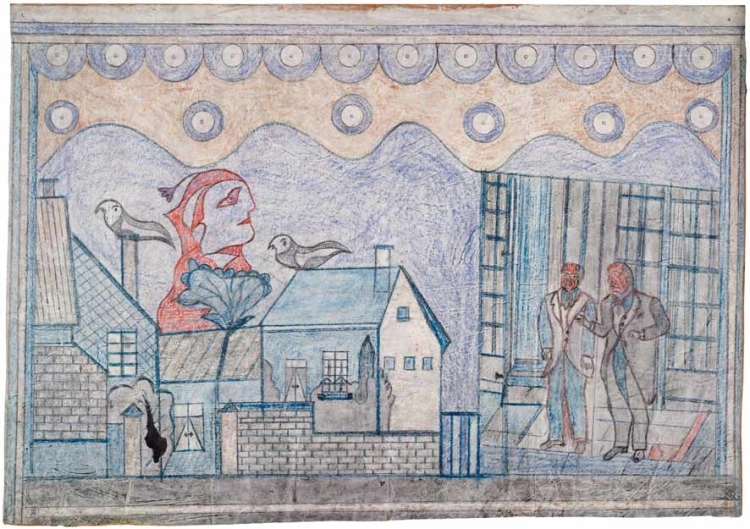 Paul End (1895-?) was born in the populous and highly industrialized region of Pas-de-Calais in France. At the age of eleven, two years after losing his father, he found employment as an unskilled laborer in the steelworks. Here he continued to work for the next twenty-one years. Committed to the psychiatric hospital Saint-André-lez-Lille in 1933 (when he was thirty-eight), he took up drawing some four years later. It was not until 1948, however, that Dr. Paul Bernard saw to it that his works would be preserved and set on display.

Paul End produced drawings using lead pencil and colored pencil on wrapping paper. He was in the habit of coating the paper with white oil paint to lend it a special and lively texture. Sometimes, he would incorporate into his drawings magazine illustrations that he traced and to which he might add changes. In this creator's production, geometric forms evoking urban sites are combined with human faces and outlines to an enchantingly dreamlike effect.