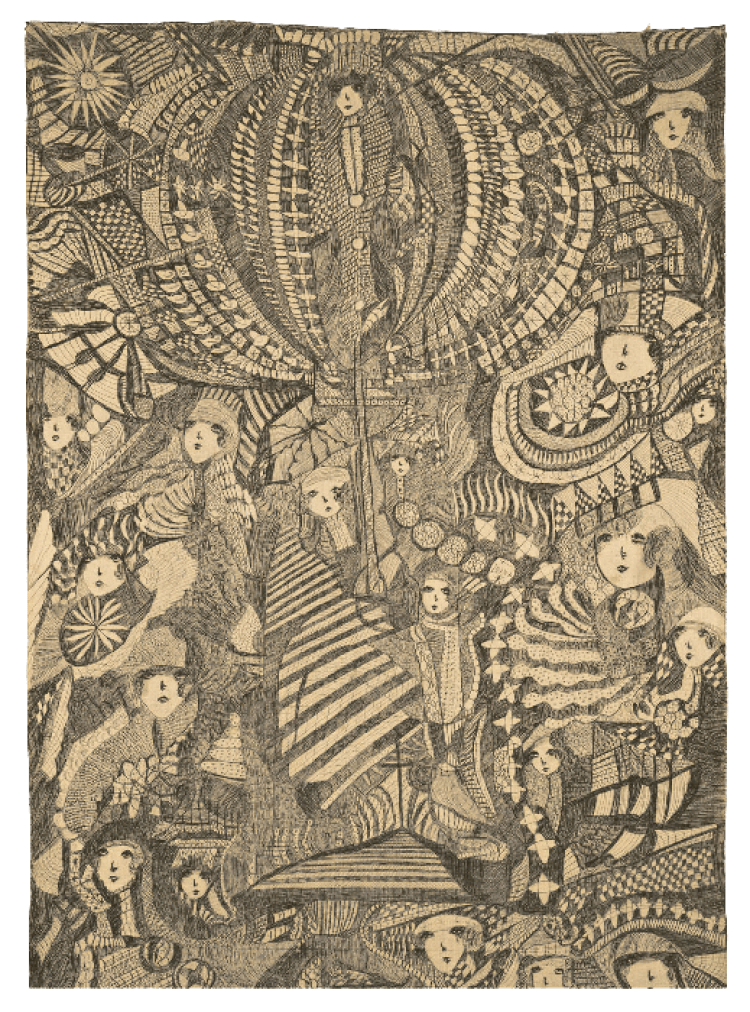 Madge Gill was born in the suburbs of London, England. She was brought up by her mother and aunt, and subsequently placed in an orphanage before going to Canada, where she was employed as a maid on a farm. She returned to London aged 19 and worked as a nurse in a hospital in the city.
Around 1903 she was initiated into spiritualism and astrology by her aunt. Four years later Madge Gill got married. She would bear three sons, one of whom was stillborn. Her second child succumbed to the Spanish influenza epidemic of 1918, whereupon Madge Gill fell gravely ill and lost the use of her left eye.
A year after this tragic death, she started to draw, write and embroider, creating a dress of great finesse. Guided by a spirit that she called Myrninerest ̵ that could be translated by „my inner rest“ ̵ , she worked at night, standing by the light of an oil lamp. As a support she used cardboard or calico, and in an obsessive way, using Indian ink or ballpoint pen, she drew a female face wearing a hat which she set within imaginary architectural settings.