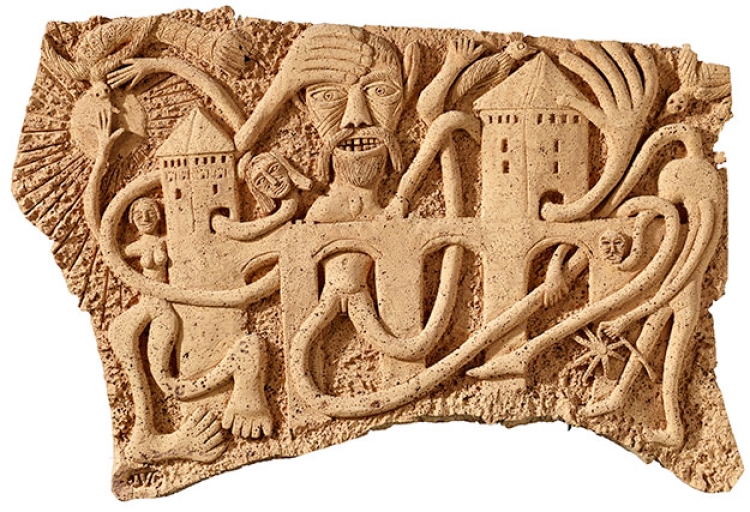 Joaquim Vicens Gironella was born in Agullana, in the Catalonian Pyrenees,  a Spanish region abounding in cork trees. Hailing from a family of cork makers, he himself in turn took up the craft. Enlisted in the Spanish army, Franco's victory forced him into exile. Thereupon, he found work in a cork factory in Toulouse. In 1941, he got the idea of carving cork and, reaching the age of retirement, he had time to devote himself entirely to literature, engraving and, above all, sculpting.

An experienced cork carver, what Gironella appreciated in cork was the vividness of its grain, its rich texture, its wide range of tonalities, and the way it resists tools so as to encourage stunning surprises. Often, it was the general shape of a piece of cork that inspired certain figures or motifs with mythological, religious or legendary overtones. Although he did at times sketch his compositions out in chalk, he was not against allowing carving happenstance dictate a piece. Over time, he gradually perfected his technique. He enjoyed drawing out all of cork's expressive potential using the simplest of tools—a file, a slender pocket knife and sandpaper. He brought out the thousand ways this material could modulate light, absorb it, make it vibrate or reflect it.

Joaquim Vicens Gironella belongs to the artists forming the initial core of the Art Brut Collection.