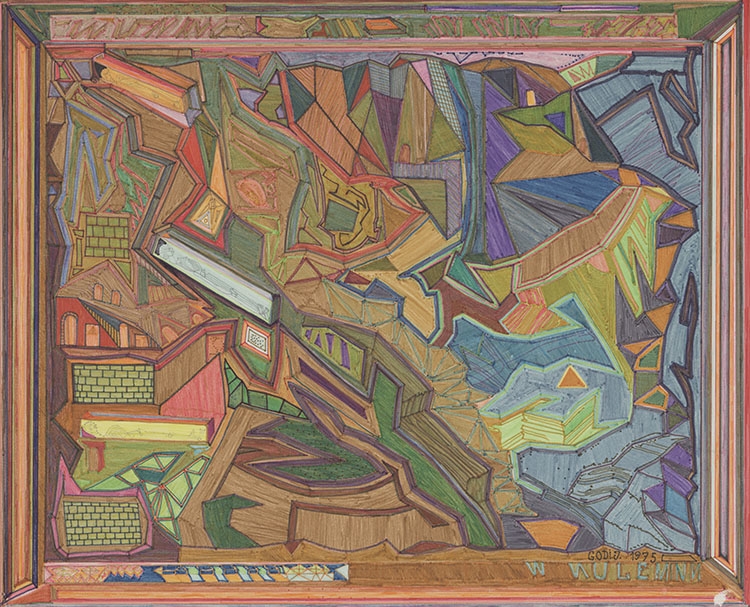 Originally from Italy, Jules Godi (1902–1986) worked as a mason until he retired near Draguignan, in the Var, France. He was also a dowser : he would be asked to detect ground water, find missing persons or lost objects. In 1959, his family was killed when a dam burst, and this disaster was probably the trigger for his art work.

Jules Godi painted under the guidance of his pendulum, working in the same way as spirit artists do. Guided by his instrument, he would cover the paper with a series of dots, sometimes corresponding to the configuration of the stars. He would communicate with "occult forces", linking up the dots, and then colouring in the areas he obtained with felt pens.

He depicted disaster sites, heaps of houses, roofs or jagged blocks of stone, reminiscent of the dramatic events that carried off his family.  His landscapes, often dotted with wayside crosses or cemeteries, evoke both the Way of the Cross and necropolises. The entire sheet is saturated with geometrical areas of colour.