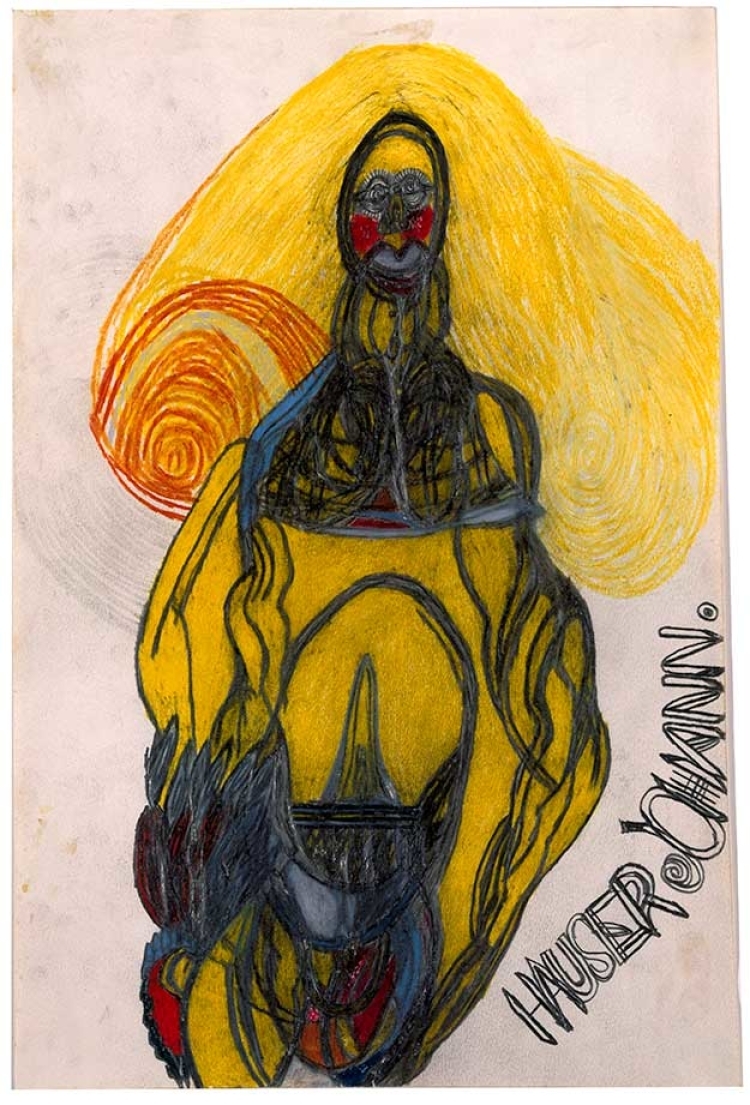 Johann Hauser was born in Pressburg – now Bratislava – in Slovakia. The child was placed in a special school and remained illiterate. Considered to be feeble-minded, at 17 years of age he was admitted to a psychiatric institution. He was described as dreamy, impulsive and quarrelsome.

In 1949 he was transferred to the psychiatric hospital in Klosterneuburg, near Vienna, where he would remain for the rest of his life. Later, he became an inmate in the Haus der Künstler (House of Artists), a place for creative work attached to the hospital. His doctor, Dr Leo Navratil, encouraged then him to draw.

Johann Hauser was inspired by the portraits of film stars, images of current events and photos of engines of war that were reproduced in illustrated magazines. In defiance of the principles of representation, proportion and perspective, he invented his own style. He drew mainly women, emphasizing their sexual attributes.