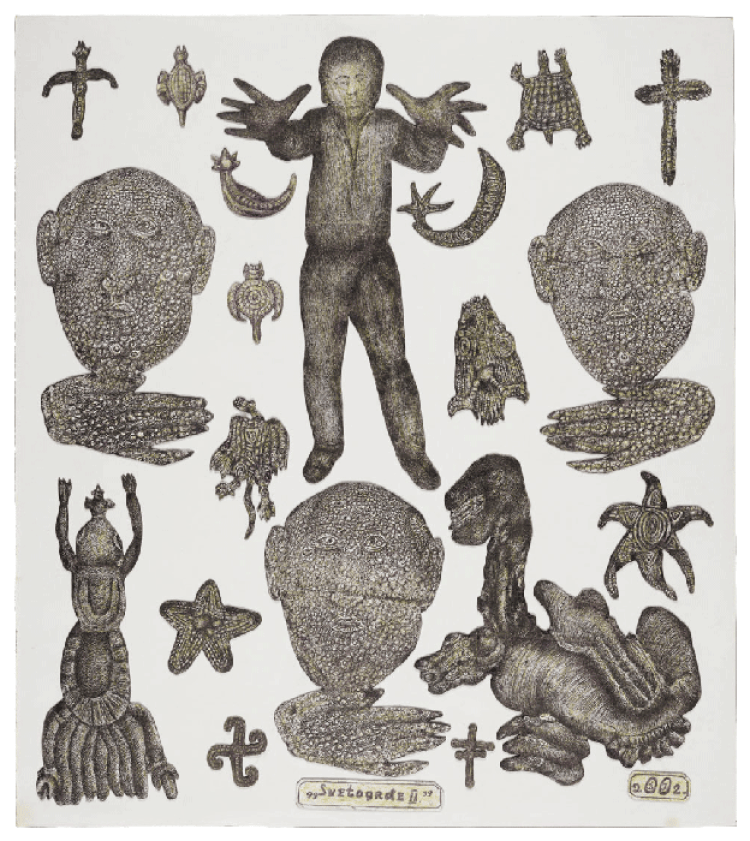 Born in Radobiljici, Macedonia, Vojislav Jakic was the son of an Orthodox priest from Montenegro. While still a child, he suffered the successive loss of his older sister and younger brother. Around 1935, his family settled in a small town in Serbia.

Vojislav Jakic lived in abject poverty, sustained by the pension that his mother received following his father’s death. Marginalised and uncomfortable at school, he went to Belgrade at the age of 20 to take drawing and sculpture classes. But the establishment that he attended very soon became nothing more than a nocturnal refuge for the young man. Five years later, after the failure of various plans for exhibitions, he returned to live with his mother before getting married.

Vojislav Jakic drew assiduously on large formats from 1970 onwards. Certain works were executed on scrolls more than 50 metres long. His compositions with ballpoint pens, gouache and both normal and wax crayons teem with insects, embryonic figures and human beings.