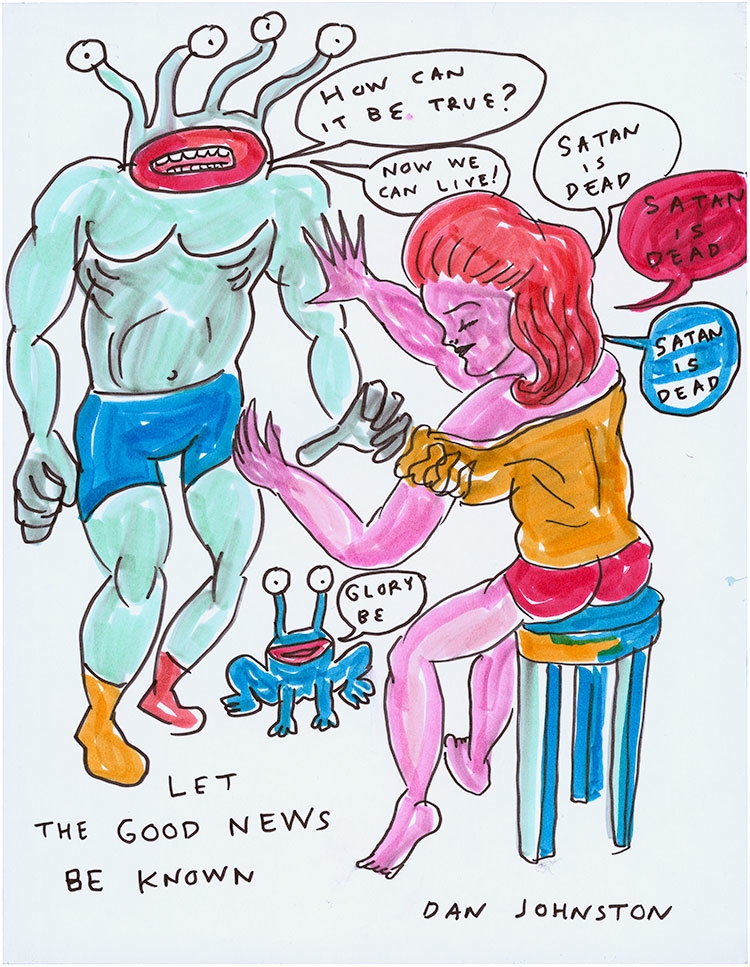 Daniel Johnston was born in Sacramento, California, the fifth and last child in a devout Christian family. This leading exponent of lo-fi began composing at the piano as a child and recorded his first home-made cassettes in his teen years, while also cultivating an early taste for drawing via the Art Program of a school near the family home. However, his attendance record was patchy and he spent most of his time in the attic, writing and composing. He handed his tapes around his circle of friends, often embellished with a drawing. In the years that followed Johnston underwent several bipolar episodes, and this illness often figures in his graphic and musical work.

In 1981 the album Songs of Pain brought together a number of his compositions, but it was not until 1992 that he was signed by a professional label. His idiosyncratic style – miscellaneous recorded material including dialogue from TV series – gradually found a specialist audience, then an increasingly broad public. At the same time he was pouring out drawings on paper, using felt pens and ballpoints to portray comic book heroes like Captain America and Casper the Friendly Ghost, as well as products of his own imagination such as Jeremiah the Frog, one of his personal avatars.