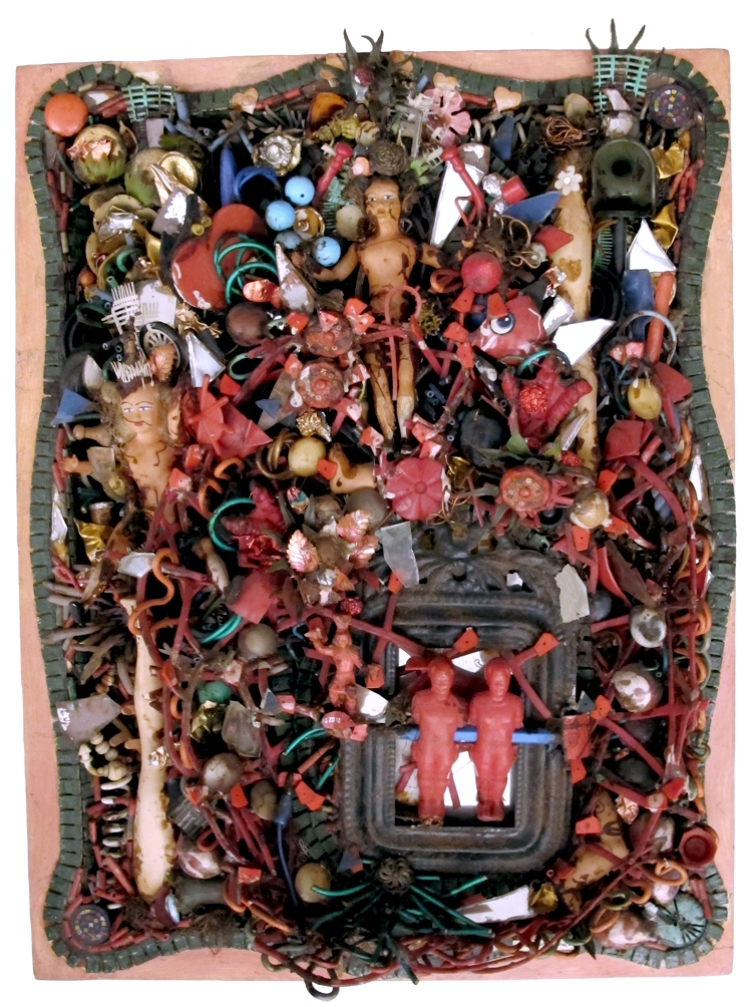 Simone Le Carré-Galimard (1912-1996) was born in Troyes, France. She lost her father at the age of seven and was brought up by her mother in an austere, puritanical environment. In 1929 she went to Paris to study at the École des Arts Décoratifs but, unable to find work when she left, she went back to live with her mother. During the German occupation, Le Carré-Galimard joined the Resistance and was awarded the Croix de Guerre after the Liberation. She married a childhood friend, a concentration camp survivor, and began to draw, at the same time creating collages based on photographs - a technique that enabled her to introduce disjointed female bodies with particularly conspicuous sexual organs. In 1954 the couple opened a restaurant in the then run-down Strasbourg-Saint-Denis district in Paris, where they became involved in various rackets despite themselves. They eventually closed the restaurant and settled in a small detached house in the 14th arrondissement.

From 1970 Le Carré-Galimard created numerous works combining figures and imaginary animals, which she stored in her house, from the cellar to the attic. They are made up of various objects and materials she found amid rubbish and in flea markets.