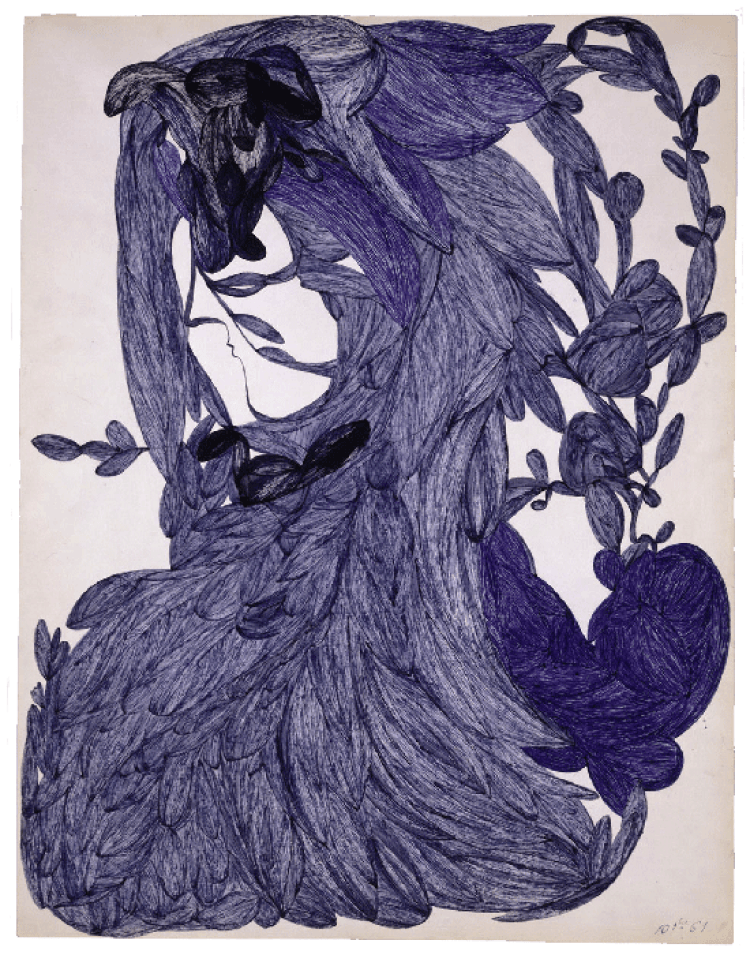 Laure Pigeon was born in Paris, France. Her mother, a professional laundress, died when Laure was five, leaving the little girl in the hands of her paternal grandmother, in Brittany. The girl received a strict education. At the age of 29, against the wishes of her family, she married a dental surgeon. After 22 years of conjugal life she separated from her husband – whose infidelity she had discovered – and went to live in a boarding house. There she met a woman who initiated her into spiritualism. Fifteen years later she moved into an apartment in the Paris region where she practised spiritualism on her own.

Laure Pigeon did her first drawings, which she hid from sight and to which she attributed a mediumistic character, as of 1935. Laure Pigeon drew abstract figures within a system of complex, tenuous webs, in blue or black ink. The drawings also contain messages and prophecies, the writing of which – under the effect of a trance – is uncertain, hesitant, even illegible. Her works were discovered in her home after her death.