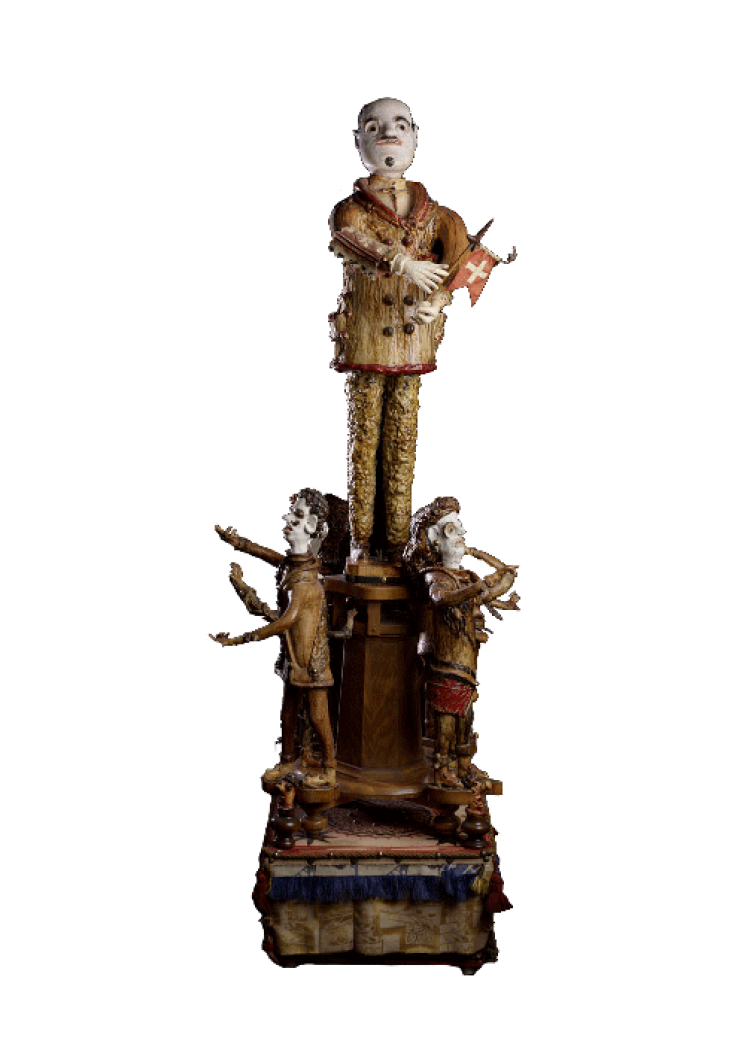 The Prisoner of Basle (Joseph Giavarini) was born in a village near Parma, Italy. He lived at his godfather’s house together with his mother, who worked in a spinning mill. The boy was then placed as a farmhand, then worked as a builder. Six years later, he went abroad, to France then to Germany, where he became a foreman and eventually general foreman. He married, established a family and, at the age of 30, settled in Basle, Switzerland.
Unable to either read or write, never having gone to school, he created a small construction business which prospered. His career was however interrupted as a consequence of the crime of passion he committed in 1928 and for which he was sentenced to six years in prison.

Alone in his cell, he started to create groups of figurines, at first with breadcrumbs which he kneaded with his hands, and then with raw clay that his family brought when they visited him. Having shaped the statuettes, he painted them, before soaking them in strong glue to give a varnished look. The work represents acrobats with enormous elastic limbs, accompanied by a strange brass band.