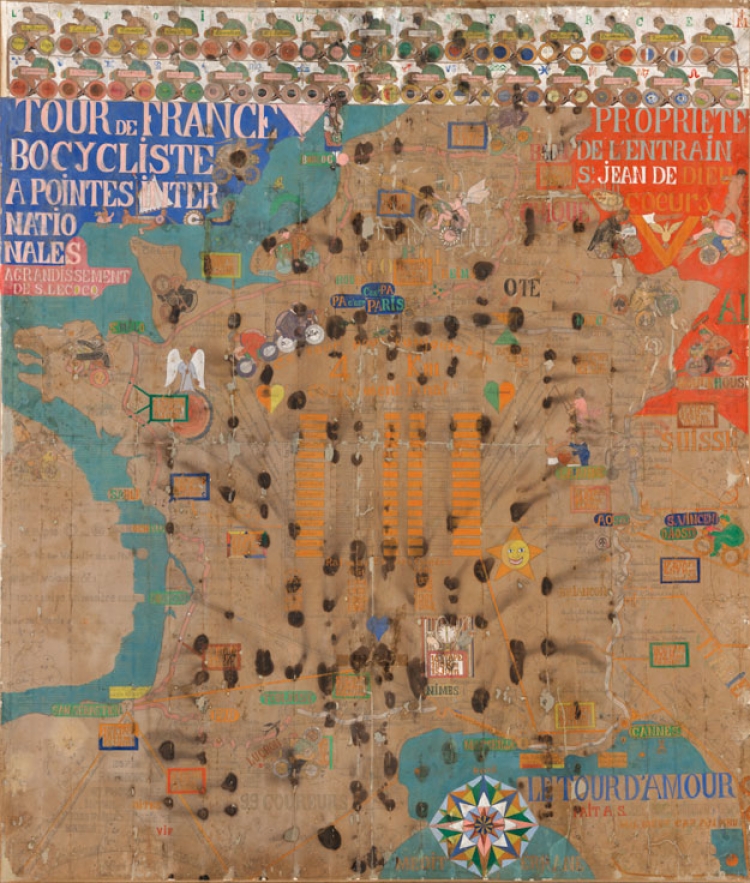 Working as a tradesman, Sylvain Lecocq marries and becomes the father of three boys. In 1942, he is operated on for an ulcer, giving up his job and withdrawing into an imaginary world. Interned in 1947, three years later he commits suicide. His intense literary and graphic output from 1948 to his death comprises poems, love letters, songs, and drawings, to produce which he salvages notebooks, kraft paper, blotters, and cardboard. He covers the entire surface of the support, filling it with a childlike and regular script in marked contrast with its delirious content.