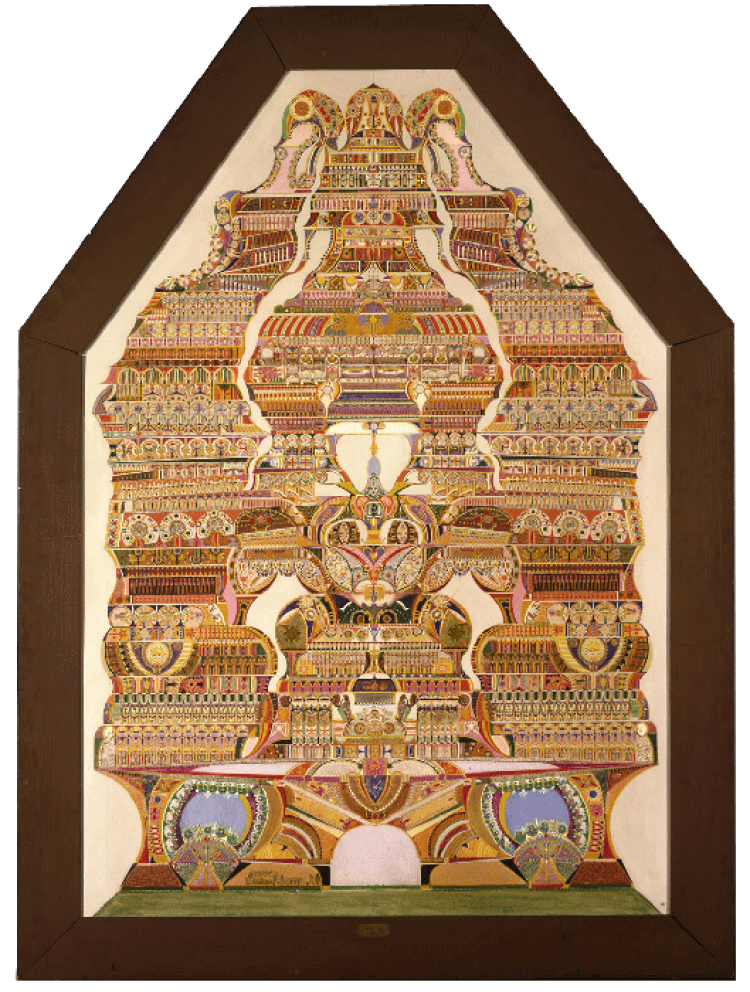 Augustin Lesage was born in Auchel, in the Pas-de-Calais region of France. Coming from a family of miners, he took up this trade in his turn. At the age of 35, while working down the mine, he heard a voice predicting he would be a painter some day. Some months later, he heard messages which seemed to confirm this vocation.

From then on he addressed himself to doing drawings ‘dictated’ by the dead, notably his younger sister, who had died at the age of three. Augustin Lesage subsequently engaged in painting, creating an initial canvas of nine square metres which took him from 1912 to 1913. He interrupted his pictorial activities the following year but resumed them in 1916, finally abandoning his occupation as a miner seven years later in order to devote himself exclusively to art until he died.
His œuvre presents imaginary architectural constructions made up of minute motifs, finely worked with a small brush, in which the principle of symmetry plays a dominant role.