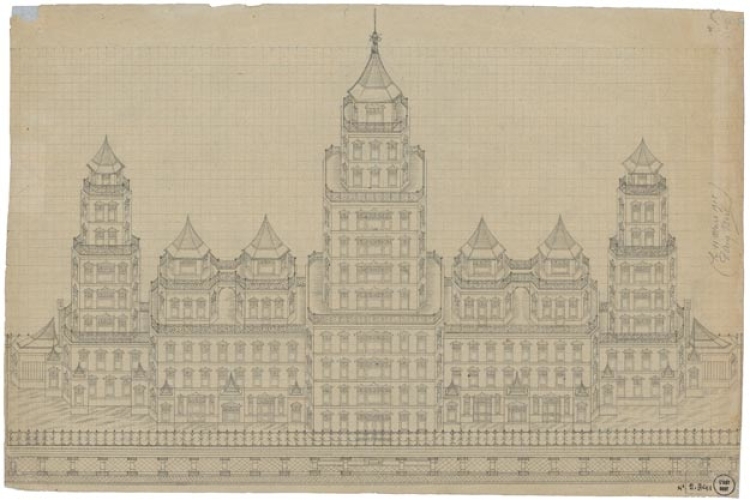 Auguste Merle (1858–?) was born in Paris. He entered the Villejuif asylum in 1894, at the age of thirty-six, suffering from persecution mania and auditory hallucinations. His record is patchy but he seems to have stayed in the asylum at least seven years, because several of his drawings are dated 1901. They were kept by Dr Auguste Marie, head doctor at the Villejuif asylum until 1920 and one of the first to have collected asylum art. The doctor stated that Auguste Merle ‘greatly valued his drawings’ and formulated ‘incoherent projects’.
Several of Merle’s works depict architectures, usually drawn in pencil on sheets of graph paper. His drawings of palaces or high towers are remarkably finely executed. The technical rigour of the composition contrasts with the inventiveness of the architectural forms and perspectives. Auguste Merle filled his imaginary buildings with a host of ornamental details, which makes them even more surprising.