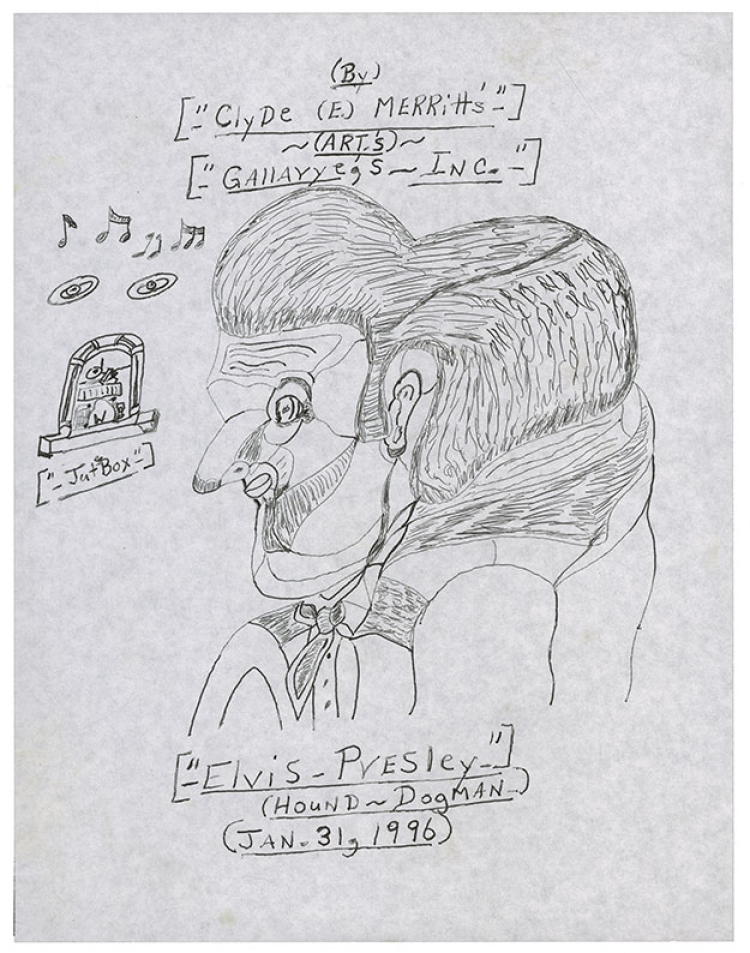 Clyde Eugène Merritt, known as Gene Merritt (1936-2015), was born in Columbia, South Carolina. As a child, a bout of heavy fever injured his brain. The alcoholism of his parents also left a mark on the young boy, causing frequent stays at care homes or with his aunts. His mother committed suicide when he was twelve, leading him to join his father at Fort Mill. There he attended public school, but not up to graduation. Having become dependent on alcohol, he took up a series of unstable jobs. At the death of his father in 1972, he was placed in a care home. He went on to move into a trailer in the city of Rock Hill, growing increasingly reliant on the social services.

He had a passion for electronic devices and music since childhood: he himself played the electric guitar and bass. He probably did his first drawings in the trailer, but went on to do most of them at his favorite downtown café. He portrayed hundreds of musicians in ballpoint pen, as well as film stars and local VIPs, resorting to a graphic style all of his own: he would segment the facial features using multiple lines, and organize his compositions in puzzle-like fragments, systematically inscribing their titles and captions on the backside.