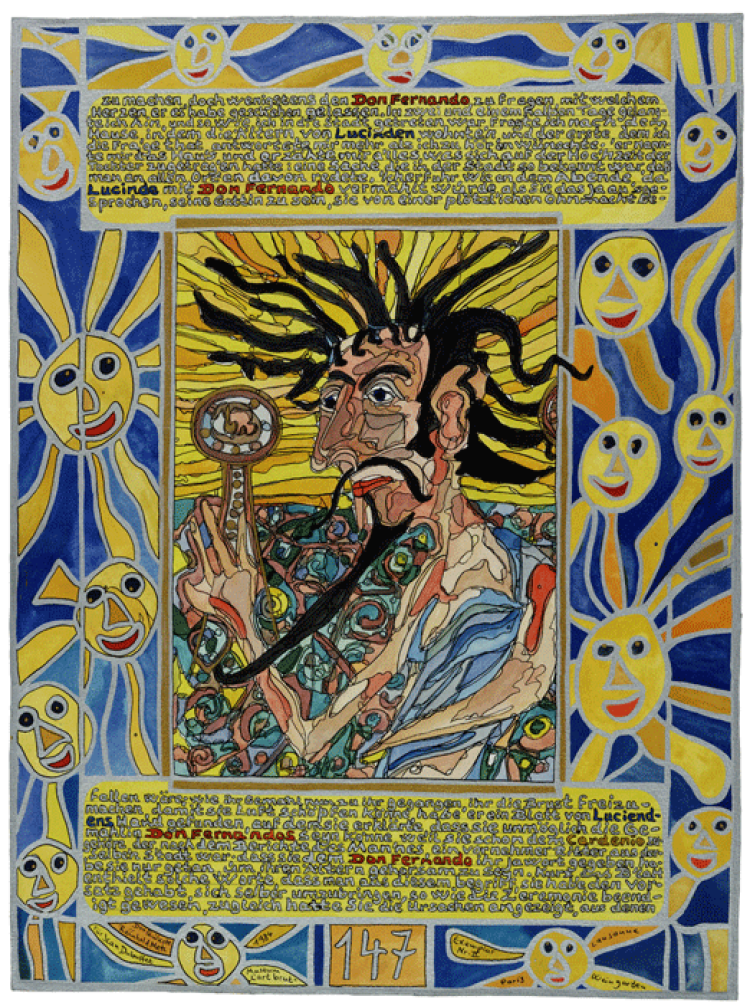 Reinhold Metz was born in Karlsruhe-Durlach, Germany. Raised by his grandmother, he wanted to become a writer or poet, but his manuscripts were rejected by the publishers to whom he sent them. Later, he became an assistant in a printing works, then found employment in a library. In parallel, he had a job in a secondhand bookseller’s shop.

At around 30 years of age Reinhold Metz abruptly felt he had been entrusted with a mission: that of reviving the age of illustrated manuscripts in the manner of the copyist monks of the Middle Ages. He started to do calligraphy and illumination for Cervantes’ Don Quixote in Spanish, German and French. He dedicated this huge work first to Unicef, then to Jean Dubuffet and Michel Thévoz.

Reinhold Metz works with inks in bright, glossy colours and as a support uses highly absorbent handmade paper. Each book is made up of 270 handwritten pages, whereby text and images mingle and form an indissociable whole.