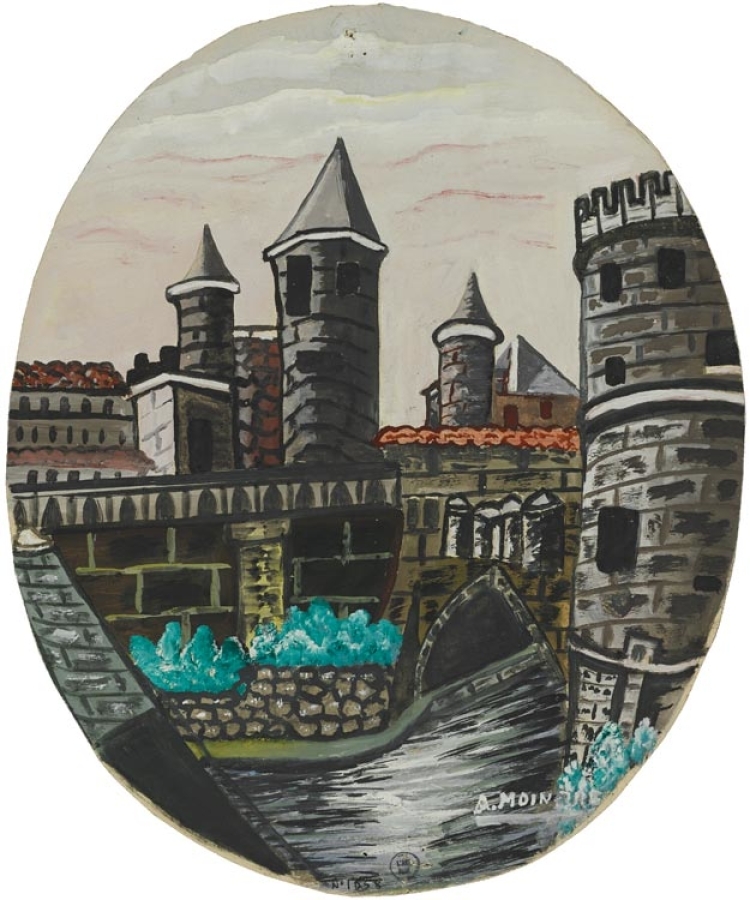 Joseph Moindre (1888–1965) was born in a rural district in Seine-Maritime, France. For six years he worked as a business broker in Paris, and then he sold his own business although he kept working as an agent. He was attracted by religion and liked visiting churches in Paris despite his critical view of the practices and dogmas of the Catholic Church. He was later drawn to spiritism and developed a passion for the myths of Egypt, a civilisation that fascinated spiritist milieus. When he was fifty-two, this self-styled Egyptologist with no formal artistic training began to paint, and continued to do so for seventeen years.
He painted small pictures in gouache on wastepaper. Unusually, he almost systematically used both sides of the paper. His works fall into two separate categories: either classic drawings of cities and churches in a naive style; or compositions featuring pyramids, temples adorned with anthropomorphic figures, and biblical scenes. The second group, combining motifs taken from Egyptian, Christian, Hebraic, or Hellenic traditions, were related to his heteroclite belief system. In several cases, a naïve scene is painted on the back of a composition in an Egyptian or antique vein.