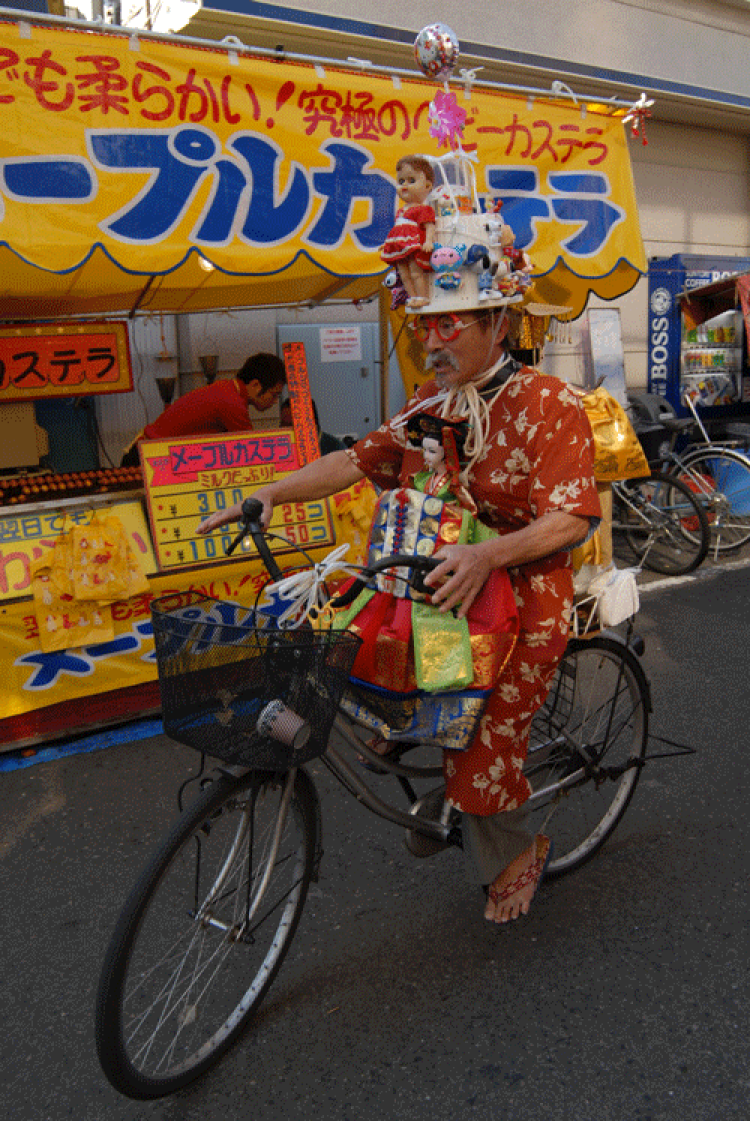 Eijiro Miyama was born in Mie Prefecture, Japan. A loner, he never married and has always led a wandering sort of existence. He has had various jobs, notably as a day labourer in the construction industry and as a lorry driver. When he was around fifty-five, he settled in one of the boarding houses for impoverished working men in Yokohama’s Kotobuki district, where the unemployed and the socially excluded, homeless, tend to congregate. Today, aged seventy-four, he divides his time between free karaoke and his parades in town : every Saturday and Sunday, Eijiro Miyama goes to the Chinese district in Yokohama, a very lively place. There he meanders through the crowd on his bike, decked out in his brightly coloured hats and clothing, with messages of peace and fraternity written on cardboard packaging attached to his back.
One day, about ten years ago, Eijiro Miyama walked around with a cup of instant noodles on his head. People turned to stare as he went by. This act, provocative and liberating, gave him a huge feeling of exaltation. He gradually created eccentric headgear that he adorned with toys and sundry objects found discarded at flea markets. But this creator also applies his ingenuity to the clothes bought at jumble sales that he dons for his weekly appearances, turning his body into a support for expression.