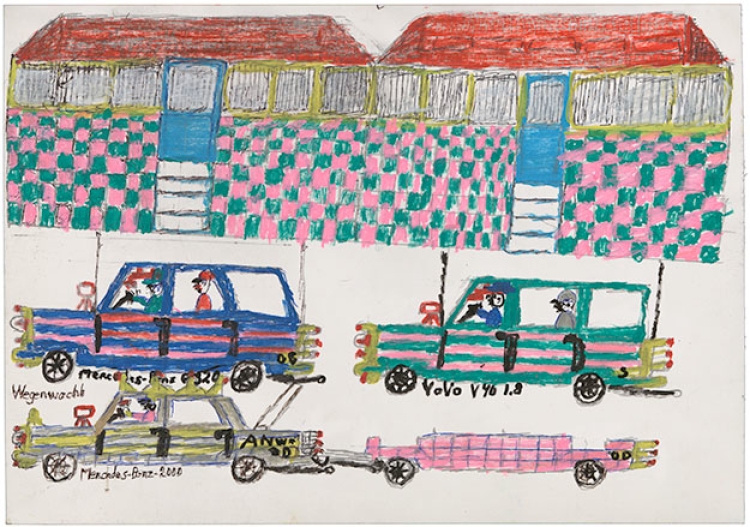 Han Ploos van Amstel was born in Amsterdam, in The Netherlands. He was mentally handicapped and worked in a protected workshop making brooms and doormats, and lived with his mother. When his mother died, he moved into a semiindependent home, and then in 1992 he went to a day-care centre, where he began to draw.
Although he had collected miniature cars for many years, it was when he was flicking through an automobile catalogue only two years after he joined the centre that vehicles became his favourite theme. From then on, he never stopped drawing them, and talked with pleasure about his fascination for vehicles.

Van Amstel’s pictures feature cars, vans, trucks and trailers, and ambulances and buses, viewed from the side and neatly aligned in rows, with alternate rows facing in the opposite direction. He drew the outlines of the vehicles in black and coloured them in with acrylic or pencil, then added details such as rear lights, aerials and rearview mirrors.