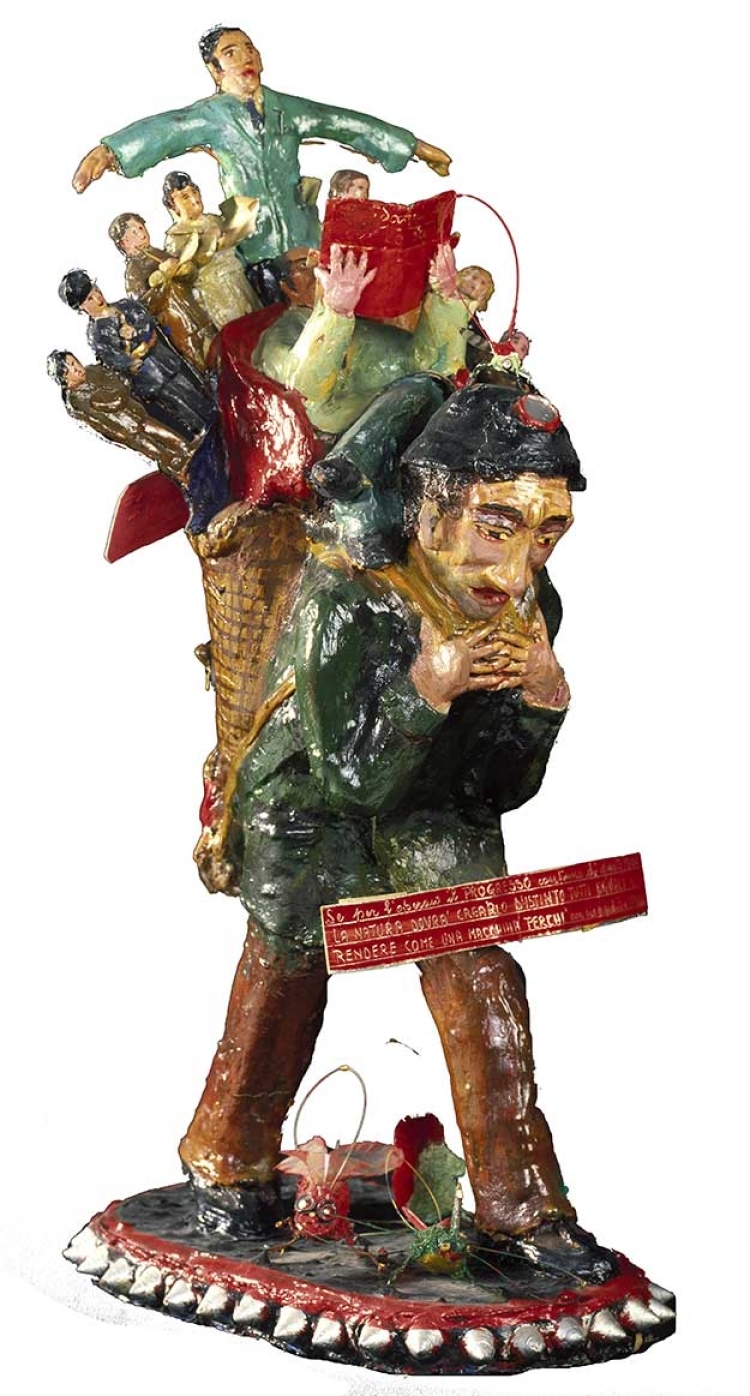 Giovanni Battista Podestà was the thirteenth child in a Lombard farming family. His father died when he was still a little boy and he was raised by his mother, surrounded by his twelve sisters. He left school at the age of ten and was hired as a builder’s helper in order to provide for his family. In 1914, the First World War broke out and he went to the front. At the end of the conflict, the land owned by his mother was insufficient to support the family and Podestà was forced to join the drift away from the countryside. He ended up in Laveno, a town on the shores of lake Maggiore, where he found employment as a policeman, then as a factory worker. When the Second World War was declared, Podestà re-enlisted.

Giovanni Battista Podestà created multicoloured, glittery sculptures and high and low reliefs made, among other things, from fragments of mirrors and metallic paper that he salvaged. He integrated sundry cultural, popular or religious motifs borrowed from the Middle Ages into his works, which had a strongly symbolic content. In this way he found an effective means to protest against the loss of spiritual values that occurs in a materialistic society. His body, which he adorned and displayed in the streets of his town, also became a support for expression.