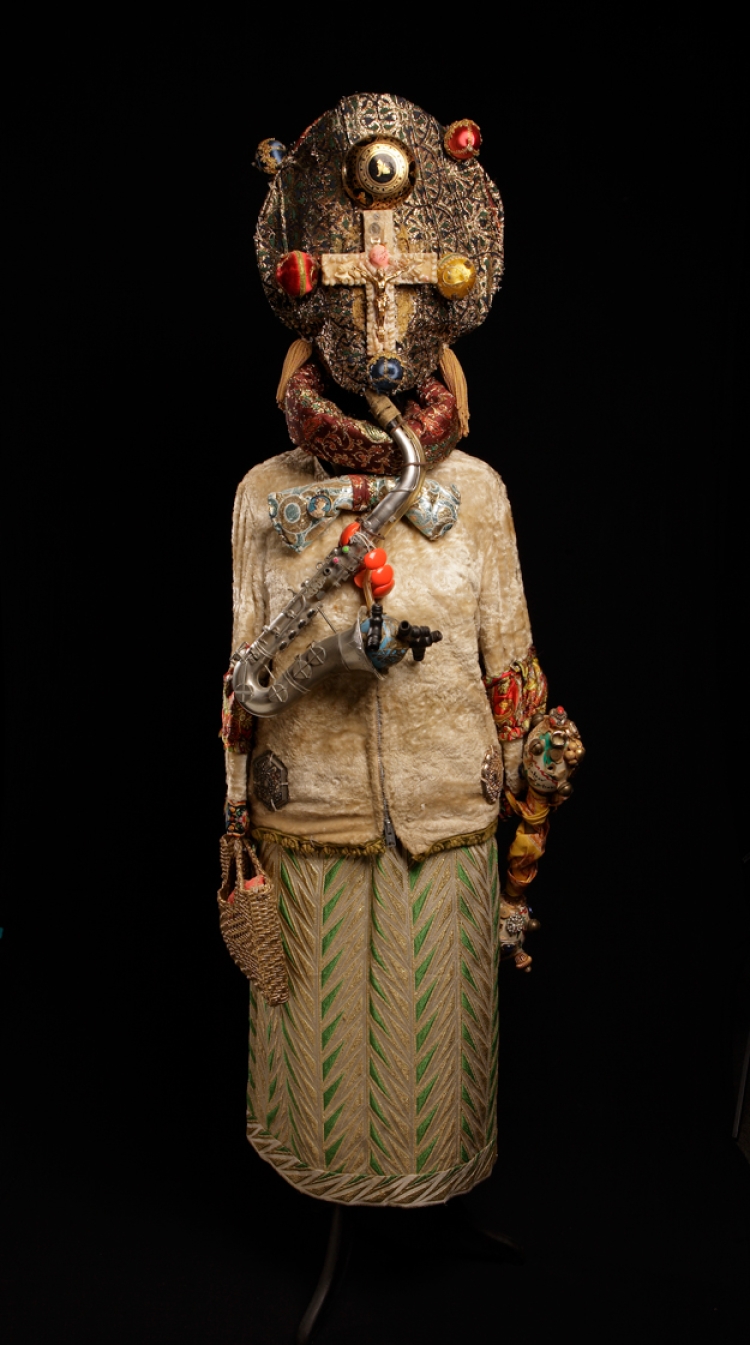 Vahan Poladian was born in what was then Caesarea, Armenia. Confronted with the genocide of his people and the death of his father and older brother, he left his country when it was invaded by Turkey and Russia and settled in Cuba before joining an aunt who lived in exile in Paris. Shortly afterwards he married and became a father, but the Second World War again tore him away from his family. Having enlisted with the French, he was taken prisoner by the Germans.
Released at the end of the war, he found himself alone and bereft of roots, and he went to the Armenian Home in Saint-Raphaël. The 16 years that he spent in this institution were characterised by autistic withdrawal and creative enthusiasm.

A passionate weaver and dealer in secondhand goods, Vahan Poladian salvaged all kinds of disparate objects from which he made glittering costumes as well as accessories. These he donned on his daily parade through the streets of the city, celebrating the oriental splendour of his native land.