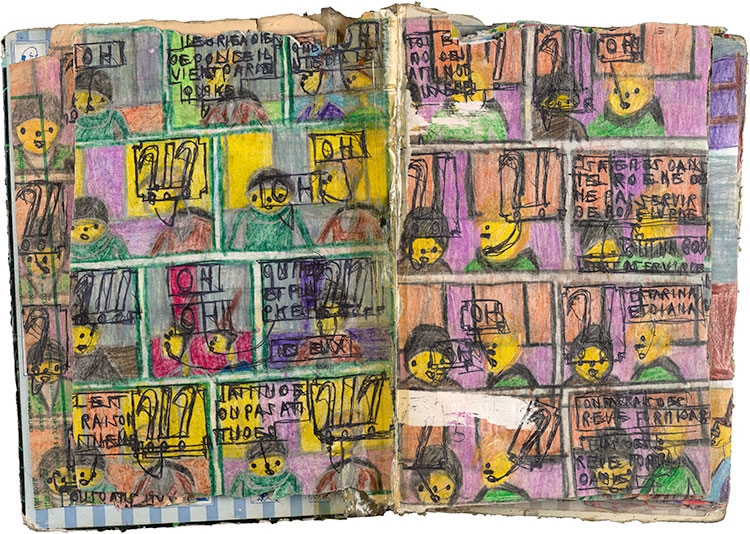 Born in Bruges, near Bordeaux in France, Jean-Marie Roussillon was one of the five children of a manual labourer and a home help. His behaviour became disturbed after a violent fever at the age of one, and at six he began attending a special school where he showed a marked interest in drawing. On reaching his majority he returned to the family home and continued drawing on a special little table, largely inspired by the comics first discovered in hospital, then bought for him by his family.  An entire wall of the house is covered with his pictures. He went on to live in various psychiatric hospitals in the Bordeaux region, before finally settling in a home for the aged.

Roussillon cut up Tintin, Iznogoud and other comic strip albums, then made new ones of his own by binding them together with sticky tape. His compositions are divided up into rectangular boxes in which two rudimentary characters engage in conversations graphically difficult to decipher. They probably refer to Quick and Flupke, characters created by Hergé at the same period as his Tintin.