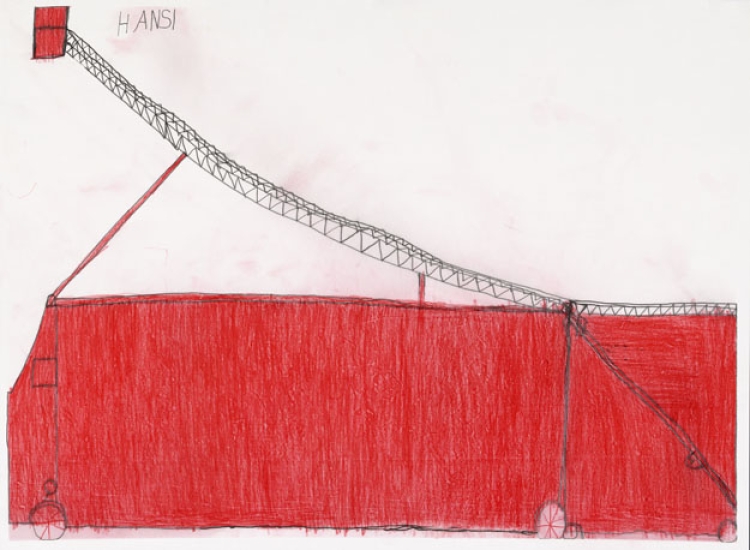 Hans Saletmeier (b. 1950) was born in Kirchdorf, Austria. He was the youngest in a family of seven children. Physically and mentally handicapped from birth, he lived at home sheltered by his mother’s tender care until he was thirteen, when he was sent to a children’s home. He learned the rudiments of reading, writing, and arithmetic, but he suffered from the separation from his parents and went home again three years later. In 1992 Saletmeier went to the Lebenshilfe hostel in Ried. When an art studio was opened there in 1997, he immediately took part, having already shown an interest in drawing. He gave up drawing in 2009, but still lives in Lebenshilfe.

Saletmeier draws with black and coloured pencils on sheets of paper, in a slow, careful manner. His style is clear and simple. He often portrays large figures, writing their names on the edge of the sheet. Some of his pictures show series of vehicles and include cars, ambulances, and police vans.