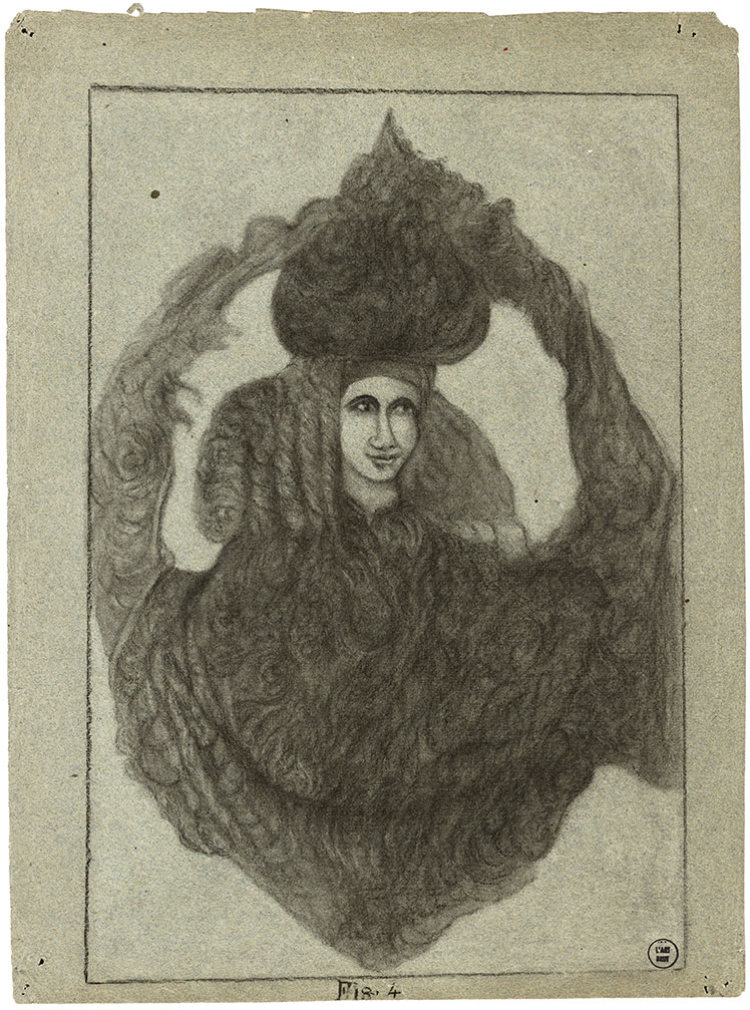 Gustave Le Goarant de Tromelin, aka comte de Tromelin (1850–1920), was born in Brest, France. In 1868 he obtained his diploma from the naval academy and embarked on an exemplary career, even being awarded the order of Knight of the Legion of Honour. He was a groundbreaking scientist, skilled mathematician, and member of the Academy of Sciences, where he was noted for his distinguished contributions to the study of electricity and magnetism. At the age of fifty-three, the Count of Tromelin retired from the navy, moved to the South of France, and turned to the exploration of the supernatural, having signed a pact with his spirits in which he swore eternal loyalty. As a result, he was convinced that the drawings he started to make responded entirely to their will. He described his first pencil drawings, executed at night, as ‘semi-median’, where the spirits were fully responsible for most of the works. These works are completely automatic and reveal spectral figures that emerge through the rubbing of the pencil. He subsequently established greater control and experimented with other systems, in which hidden worlds materialise that are inhabited by bizarre figures and creatures. By 1907 the Count of Tromelin was convinced that these divine powers were seeking to entrust him with a mission and teach him a new doctrine, so he published a book entitled Critique des mystères de l’univers (Criticism of the Mysteries of the Universe). The reader learns that there are several kinds of spirits — the builders, the giants, floating spirits, and even spirits of love. Not all of them were well intentioned; some even tried to pressure the count into committing suicide, something he was determined to resist.