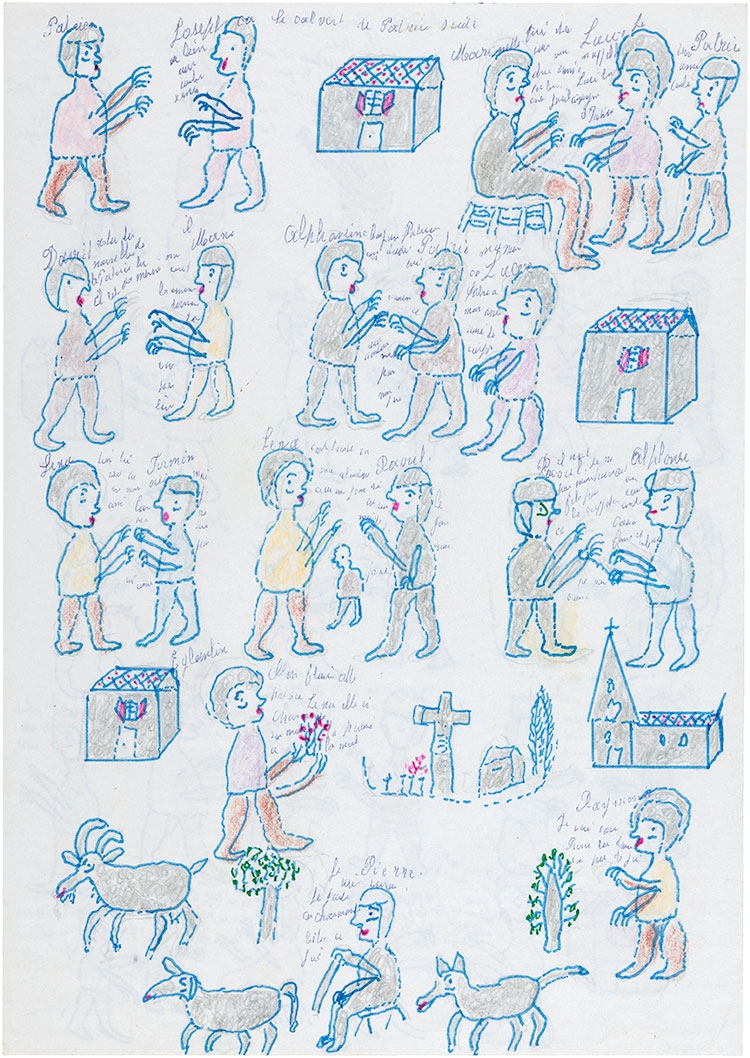 Alfred Trouvé was born in the village of Boisne, in western France. The younger son of a farming family, he worked as the local postman, while his older brother took over the farm. Married at twenty-four, he became the father of seven children. During the Second World War he was conscripted into the STO – the compulsory labour organisation – and forced to work in Germany. On his return he took up his old job, then worked the family farm, his brother having died during the war.

Trouvé had the habit of noting in school exercise books the life and times of his village and the people around him. Around 1982 he began drawing, probably inspired by a drawing sent to him by his granddaughter. He took his inspiration from fashion magazines, TV programmes and dictionaries, whose illustrations he copied. While he does not seem to have used comics as a model, we know from his granddaughter that he enjoyed reading them, a Tintin album in particular.

Trouvé began with outlines of characters which he then coloured in with dots, using pencils and felt pens. Later he stopped seeking outside inspiration and began composing his own stories in images. Most often he laid out his characters, motifs and animals across the entire page, sometimes adding dialogue, which gave his works the appearance of playlets.