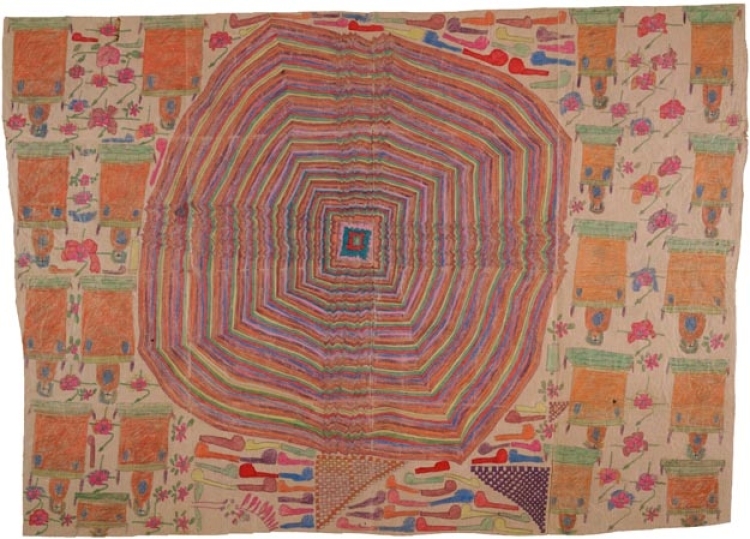 Pepe de Valence (1952) was born in a village near Valencia, Spain. A serious illness contracted when he was nine months old left him severely handicapped. After placement in several institutions, he came home because his family could no longer pay for his board. He helped with the daily chores and his health stabilised. To improve his writing, his parents set him the task of copying a text from an encyclopaedia every day. But it was drawing that he particularly enjoyed: as soon as his chores were done, his family left him alone to draw.
Taking inspiration from his immediate surroundings— the neighbouring villages, his aunt’s house, traditional festivities in Valencia— Pepe developed singular processes of figuration and spatial organisation. His compositions show a complex symbolic system in which each element is part of what he calls ‘a discourse’: a motif, such as a row of doors, becomes a village; beans arranged in a rectangle indicate a field. Pepe de Valence brings several ‘discourses’ together within a single drawing, which explains their fragmented look.