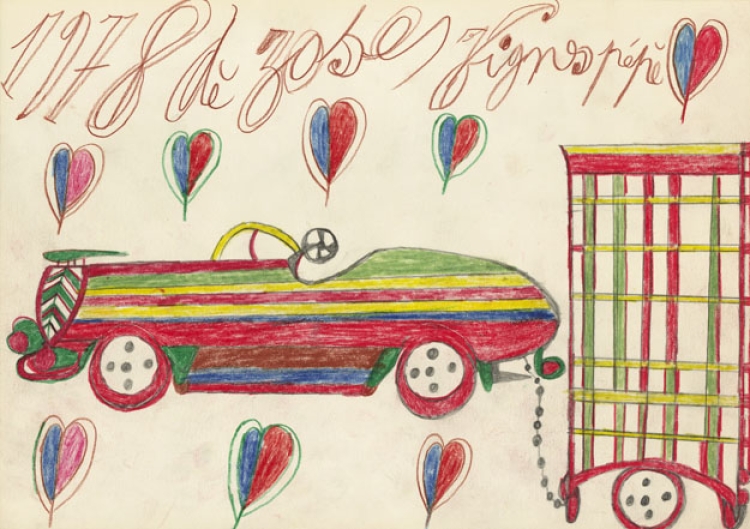 Pépé Vignes (Joseph Vignes) was born in Paris, France, one of five children. He played the accordion at public dances and worked as a singer, then took up his father’s trade as a barrel-maker. After a strike in the factory he was working in, the young man decided to leave the city, and moved to the small village of Elne, in the eastern Pyrenees.

In 1960, when he was forty, he began drawing with ballpoint pen and coloured pencil. His favourite themes were flowers, boats, cars, aircraft, trains, churches, whales, fish, musical instruments, gas cookers, and hearts. He was severely short-sighted and worked with his nose almost touching the paper. He also used pieces of cardboard and scraps of plywood. His house was filled with stacks of his drawings, packed in plastic bags.