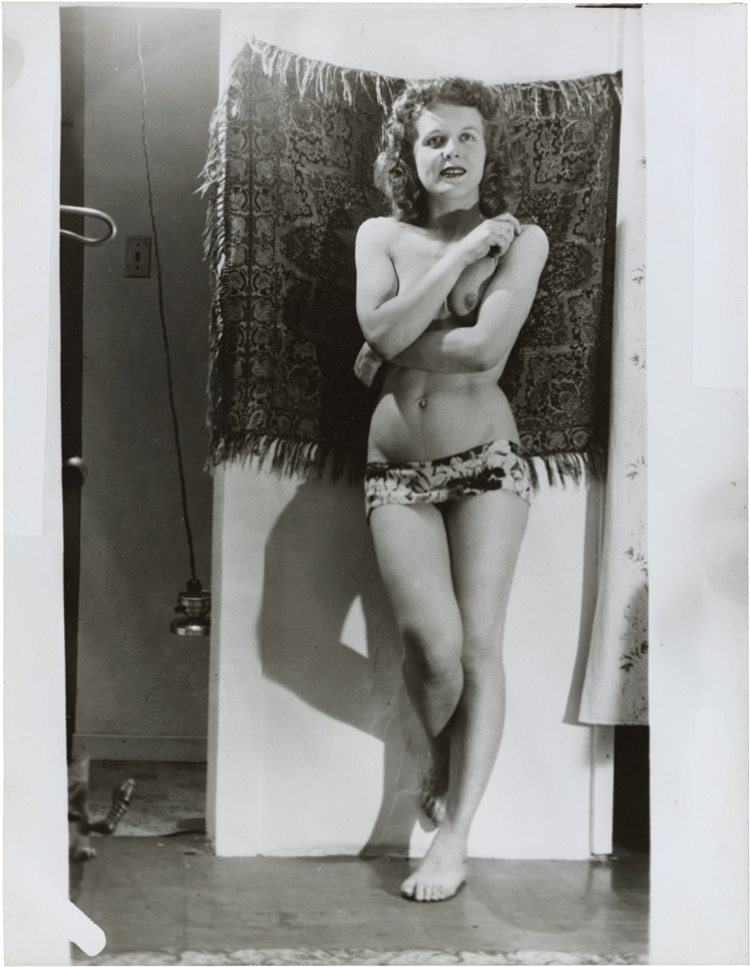 Eugene Von Bruenchenhein (1910-1983) was born in Marinette, Wisconsin, USA. He was the youngest of three sons. His father was a sign painter in the city of Milwaukee, to which the family moved when he was still a child. Following his mother's death in 1917, his father remarried and the young Eugene became very close to his stepmother, a former teacher and amateur painter. Eugene failed to complete his secondary education and instead found work in a bakery. In his spare time he developed a passion for biology, history, and poetry, even writing some theoretical works and poetry himself, as well as becoming a keen self-taught painter and sculptor.

In 1939 he met the nineteen-year-old Eveline Kalke, whom he was to nickname "Marie". She became his wife and his muse in his photography. During a period of over forty years, Von Bruenchenhein took hundreds of pictures in which she was the only subject. She posed for him as a pin-up girl, mainly half-naked and decked out in various accessories - crowns, extravagant jewellery, high-heeled shoes, bikinis and sexy underwear - in settings he himself constructed using fabrics.