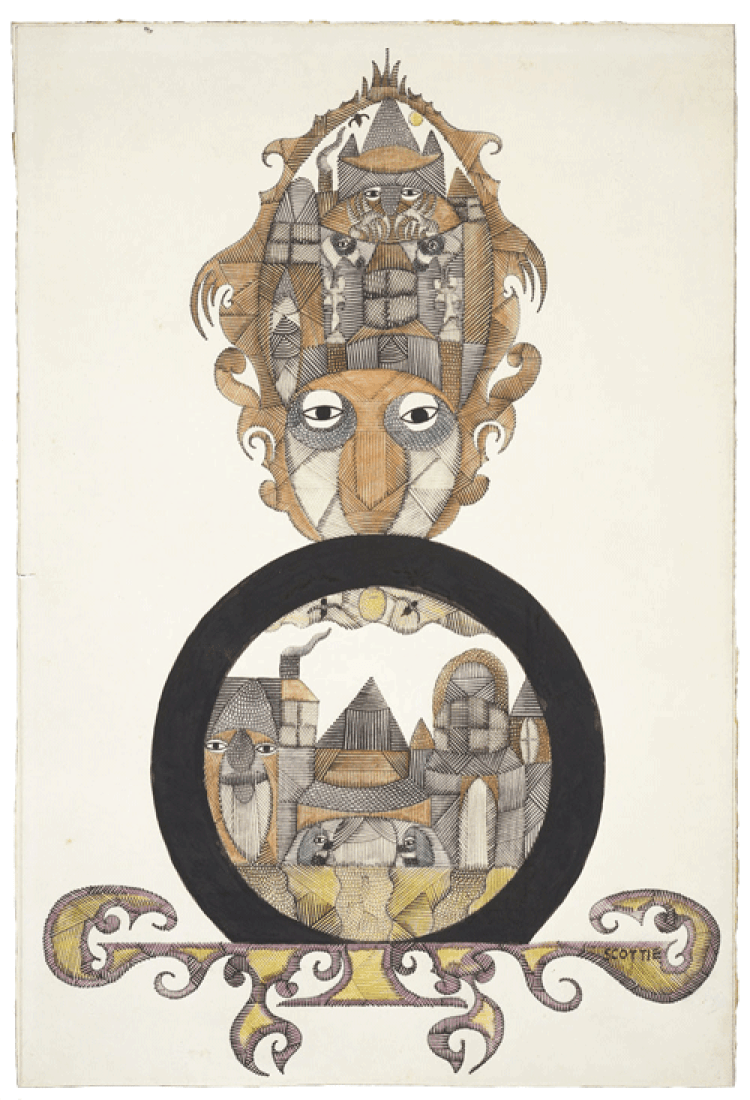 Scottie Wilson (Louis Freemann) was born in Glasgow, Scotland. He never went to school and remained illiterate. At the age of 16 he joined the army, then worked in fun fairs and circuses. Some years afterwards he had a small mobile stall with which he walked round London’s markets. Around 1928, after an enforced exile in Ireland, he emigrated to Toronto, Canada, where he became a retailer. Scottie Wilson started to draw in the back of his shop at the age of 40. Later he moved to Vancouver, where he devoted himself exclusively to creative activity. Returning to London after the war, he sold his drawings for low prices in markets or at exhibitions that he organised himself in unusual places, such as a cinema hall, disused shop or caravan.

Scottie Wilson would trace the outlines of his subjects in black and white, and then treat them with hatchings in different-coloured inks to produce subtle efects of transparency. Fish, birds and people, including numerous self-portraits, abound in his works. Whatever their patterns, they comprise several recurring shapes—such as half-moons, spheres or lozenges— that fit into each other. The compositions spread outwards from the support center and symmetrical to that axis. They stand out against a background left blank or covered in a single shade; often they are framed by decorative elements or stylized arabesques.