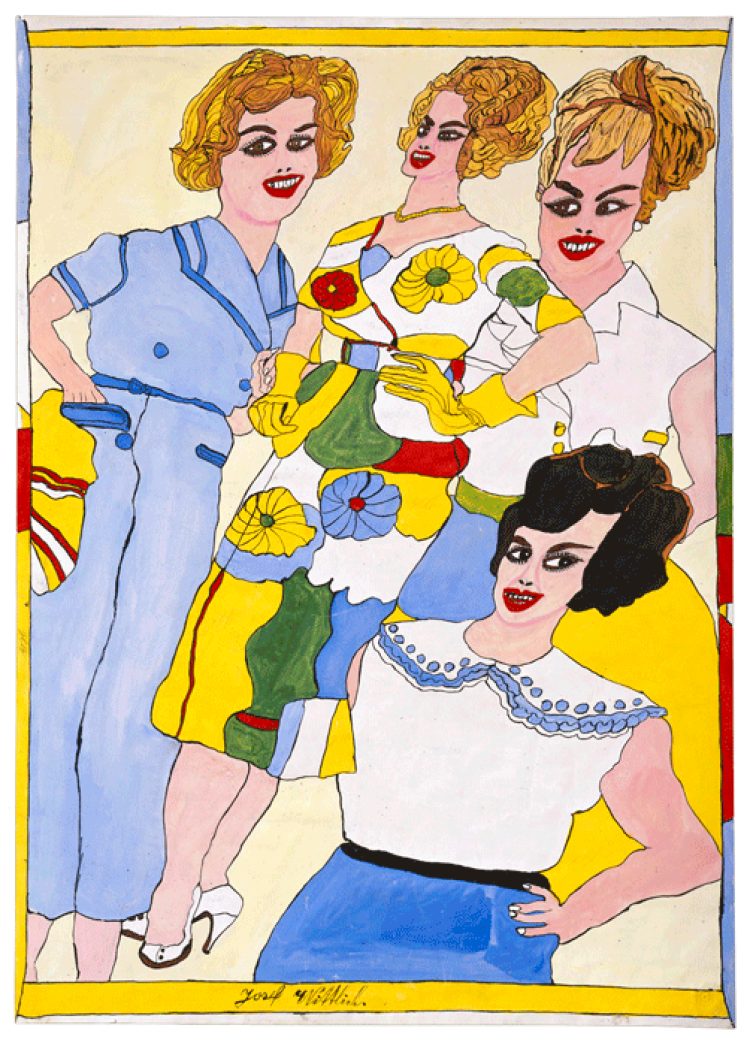 Josef Wittlich (1903 - 1982) was born in Gladbach, a village in the Rhineland-Palatinate state of Germany. When he was four years old, his mother died giving birth to her seventh child. Josef was withdrawn and something of a runaway as a young boy; often sick, he nonetheless did complete elementary school. During his earliest years he took to drawing and painting whenever he could, despite the outspoken admonitions of his father. Wittlich purports having worked as an officer's orderly in Paris before returning to Germany for the purpose of travelling by foot, although his declarations do not always ring true. In 1934, he settled in Nauort, where he worked as a farm laborer while continuing to paint during his free time and at night. He also declared having worked for an arms factory in Kassel during WW II, although his family maintains that he remained in the Westerwald region, and that he wasn't drafted due to his feeble constitution and small stature.

After the war, he settled in the town of Höhr-Grenzhausen, near his birthplace. There he found work at a ceramics factory, and continued his artistic activity with much diligence. Joseph Wittlich found inspiration in reproductions of academic paintings as well as in photos of the Pope, of royal couples and of sundry daily news stars. His portrayals of them accentuate, simplify and distort their features. He used gouache, which he usually applied pure and flattened. Once a work was finished, he would tack it onto the firm's walls. A painter visiting the factory in 1967 came across his works: they so fascinated him that he sought to spread Wittlich's name by organizing several shows of his works in Germany.