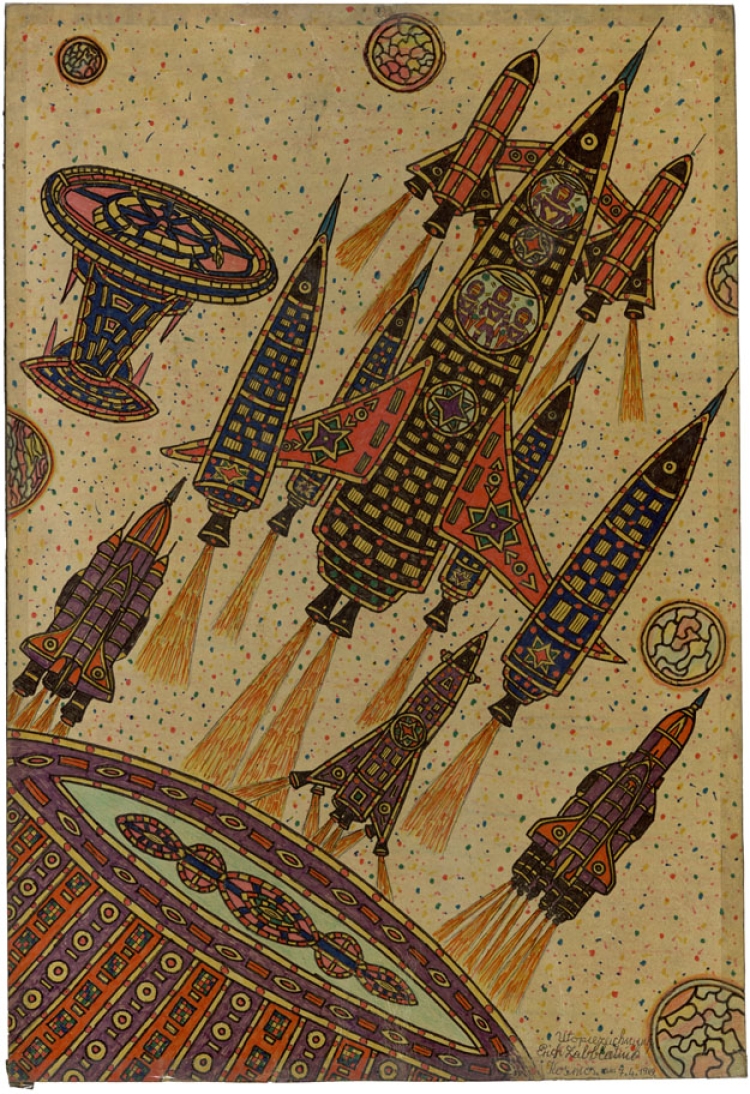 Erich Zablatnik was born in Klagenfurt, Austria. He attended school to secondary level, then did odd jobs until his military service began. He then moved to Germany and worked for several years as a miner. Later he trained as a rotisserie cook and worked in a chain of grill restaurants for twenty years. Devastated by the accidental death of his wife and son, he tried to kill himself in 1989 by driving his car into a wall. He survived his grievous injuries and returned to Klagenfurt, where, no longer able to work, he lived in a Caritas hostel.

That was where Zablatnik started to produce paintings of his utopian, futuristic dreams. He drew on cardboard with ballpoint, felt pen, gouache, or acrylic paint. He sometimes added cardboard or aluminium foil shapes, and finished his pictures with a layer of glossy varnish.