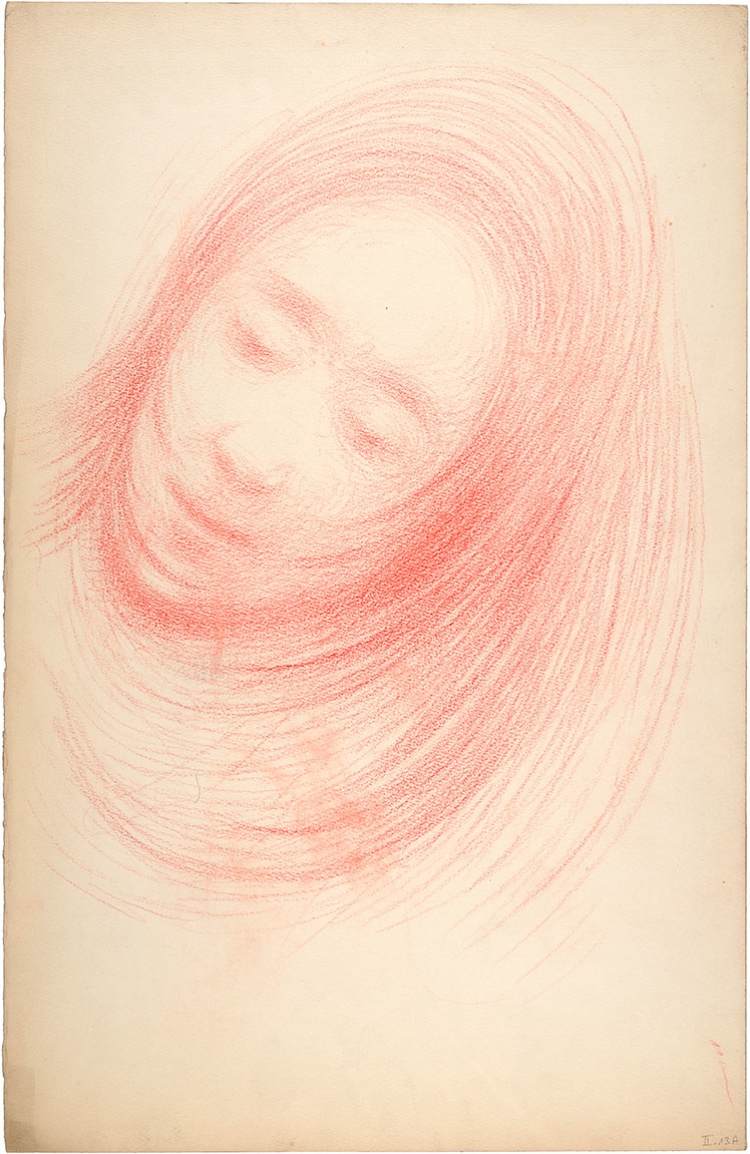 Fernand Desmoulin (1853–1914) was born in Javerlhac, in the Dordogne, in France, where his parents kept a dry goods and grocery store. His father left the family soon after Fernand’s birth, at which point he and his mother moved to Angoulême. He grew up and obtained his baccalaureate high school diploma in this town. In 1870 he moved to Paris to study medicine, but switched to the fine arts two years later. By the 1880s Desmoulin’s drawings and watercolours were earning him a considerable reputation and he found himself welcome in the leading literary and artistic circles. His talent as an etcher in particular led him to illustrate several novels, notably those by Alphonse Daudet and Victor Hugo. He also made a name for himself as a portrait artist, and he became the official artist of several celebrities of the period. However, domestically he suffered enormously through the death of his first wife in 1894 and an ill-fated love affair with a married woman a few years later, at which point he plunged into a profound state of depression. After taking part in a ‘table-turning’ session with friends, he experienced an irrepressible need to perform automatic writing and drawing. Letting his hand wander uncontrolled over a blank sheet of paper, Desmoulin abandoned the canons of academic art altogether and launched himself into the realms of spiritualism, in which he relinquished all control. He would work in the dark and, as his hand swept across the sheet, faces, often upside down, would loom out of the dense network of lines and spirals, as if imprisoned in a silkworm’s cocoon. Desmoulin made hundreds of these drawings guided by the hereafter, mainly in pencil or charcoal, until he felt ‘abandoned by supernatural forces’ in 1902.