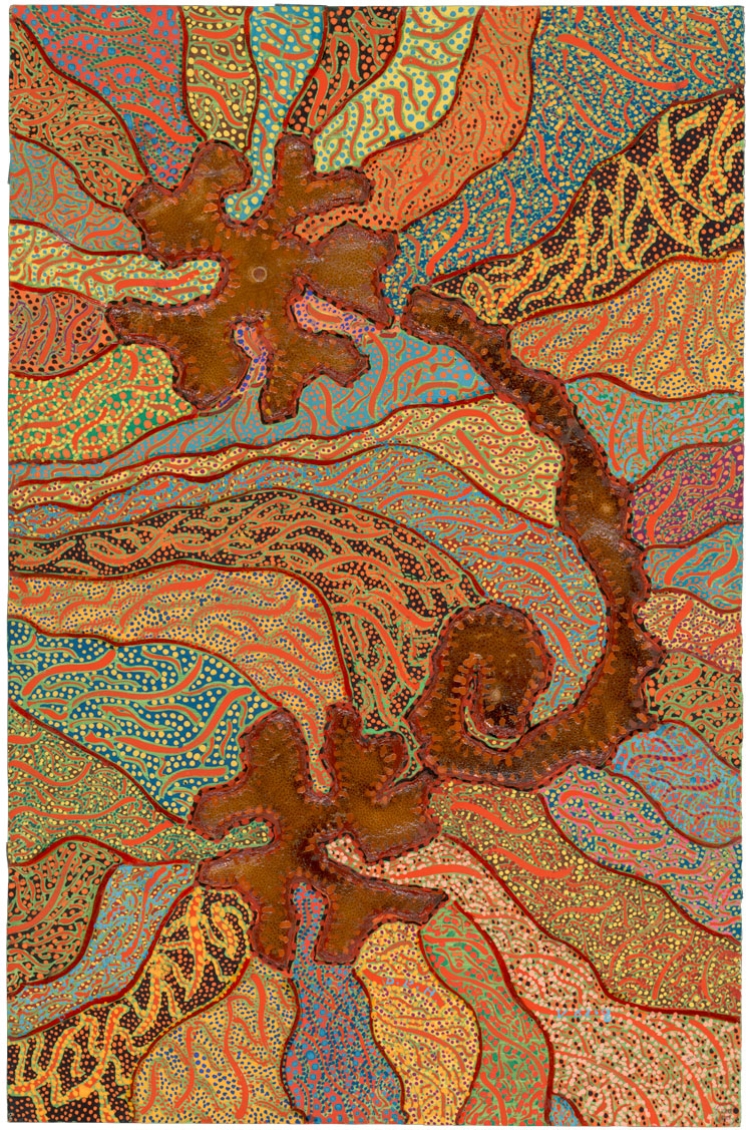 Philippe Dereux (1918-2001) was born into a modest family of shopkeepers in Lyon (France). Upon completing teacher training college for primary level pupils, he became a teacher and taught at the same school in Villeurbannne until his retirement in 1973. He married at twenty-nine, and the couple had a son. In the summer of 1955 he met Jean Dubuffet in Vence during school vacation. In the manner of a botanist, he took to collecting butterflies for the artist, helping the latter to create works featuring collages of wings and leaves.

In 1959, Philippe Dereux began creating his own compositions with plant residues. Enthused by peelings, he composed abstract and decorative pieces; he also created portraits out of fruit and vegetable peelings and different sorts of grains. To color his pieces, he used walnut stain, oil and gouache. Details on his methods can be found in Le petit traité des épluchures (the little textbook on peelings), published in 1966.