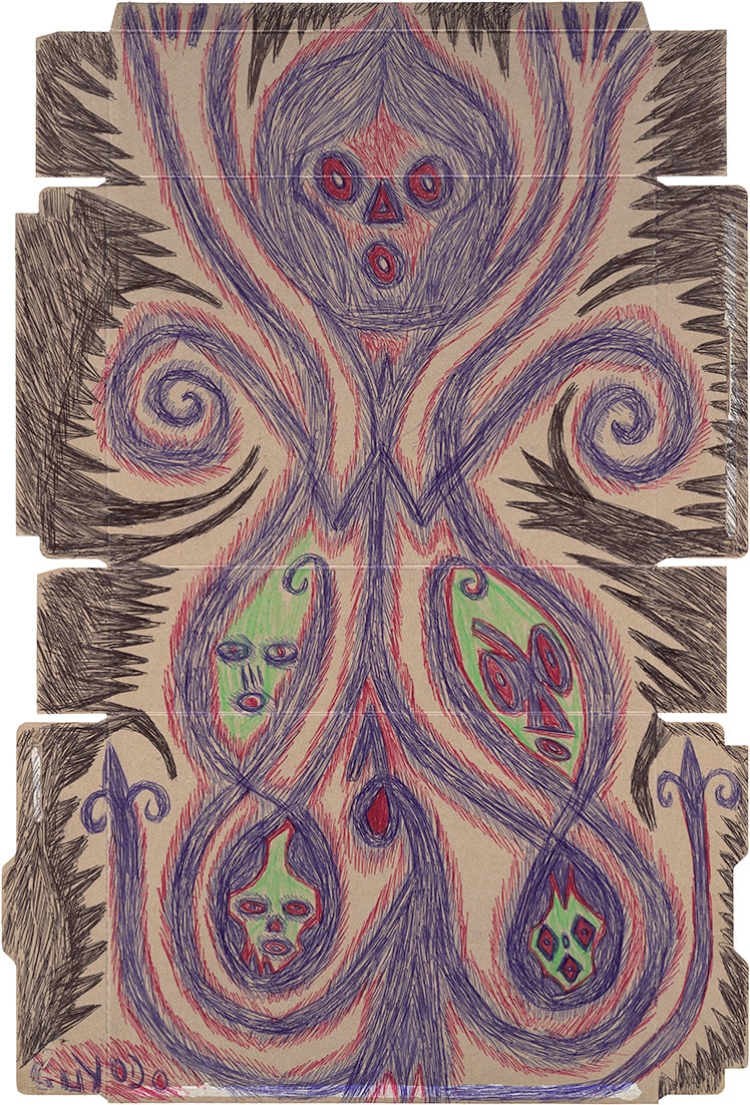 Frantz Jacques, aka Guyodo (1973), was born in a small house off the Grand Rue, the main commercial street of Port-au- Prince, Haiti, and still lives and works in the same rooms where he grew up with his grandmother, parents, six sisters, and four brothers. Like many other children, after attending several years of primary school he began to make wooden tourist souvenirs. He also enjoyed football, playing professionally until he was twenty-five. Later, he helped to found the Atis Rezistans art group, whose members make art from discarded materials found in an industrial area. Some of these works are monumental social and political statements denouncing the extreme poverty in which many families are forced to live. Guyodo gradually began to ease away from the group, preferring to work alone as a self-taught artist, drawing with a ballpoint pen on found materials like the backs of calendars and cornfl ake boxes, as well as making sculptures from pieces of old car chassis, electric wires, and even human bones. Among his favourite themes are figures representing various voodoo gods and spirits. Guyodo has opened a workshop in his neighbourhood, where he tries to get children and teenagers interested in art. An accidental fire that broke out in 2020 destroyed more than two thousand of his works.