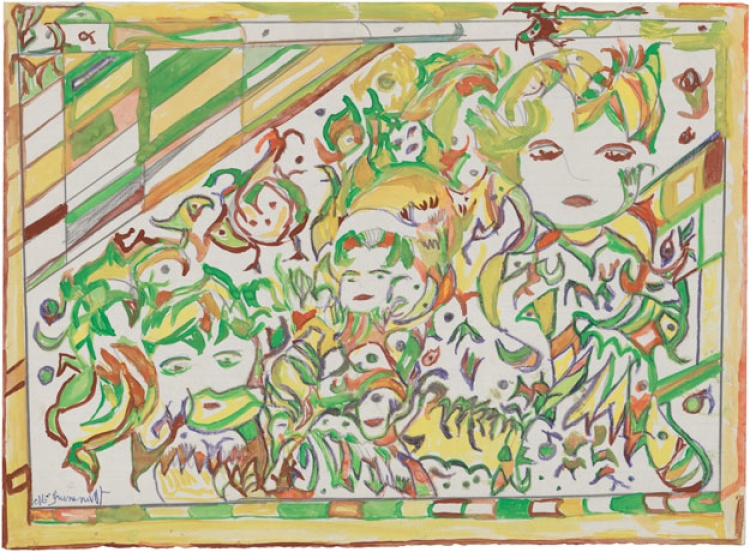 Martha Grünenwaldt (1910 - 2008) was born to a large family of modest means in Walloon Brabant (Belgium). Her father, who was the leader of the village band, taught her to play the violin. When she was six, her father took her along to play with two of her brothers at the nearby balls. Indeed, it is thus that she met her husband in 1933. A year later, she gave birth to a daughter, Josine, in precarious financial and familial circumstances. The couple separated thereafter, and Martha Grünenwaldt returned to live with her parents, in Hammeville. Subsequently she found a job as a farm servant: she remained employed there for twenty-eight years, entrusting her child's upbringing to the latter's paternal grandparents. Throughout those years of heavy labor, she was prohibited from playing the violin.

Upon her retirement, Martha Grünenwaldt linked back up with her daughter, by then the mother of five children, and moved in with her. It was there, and at this point in time (around 1981), that this creator began doing drawings on salvaged wrapping paper or the backs of posters and bills. Mostly, she used colored pencils she snitched from her grandchildren, as well as gouache and crayons. Her favorite subjects were the faces of her family members and acquantances: these she would encircle with organic shapes and colored abstract motifs. She also found inspiration in reproductions of works she admired, like the portraits by the painter Giuseppe Arcimboldo. Although working in secret at first, she ended up distributing and offering her creations to the people with whom she was in touch.