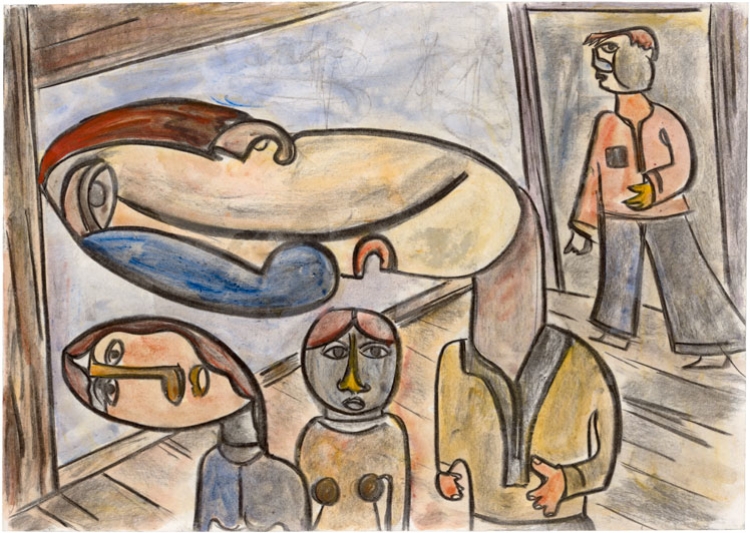 Albert Louden (1942) was born in Blackpool, near London, where his parents were evacuated during the war. He attended school until the age of fifteen; a few years later, he became a professional truck driver. He subsequently had several other jobs — working on construction sites, in the fur industry, in a tobacco firm, for example — alternating with a few long periods of unemployment. He had a passion for walking and for lifting weights. Above all, however, he was enthused by drawing and painting, which he has carried out in self-taught fashion since turning nineteen. He spends as much time as he can at these two activities — to the point of having been fired a few times for his absences, and of choosing to work parttime.

His watercolor and charcoal pieces mainly represent figures encased in each other, as if too constricted in the space offered by a sheet of paper. He lived with his mother all his life until she died in 1986, at which point he moved to live alone in a small house in Leyton, a working-class area of London's East End. For a long time, Albert Louden was misunderstood and mocked by the circles in which he travelled. However, a solo show of his works at London's Serpentine Gallery in 1985 brought him fame.