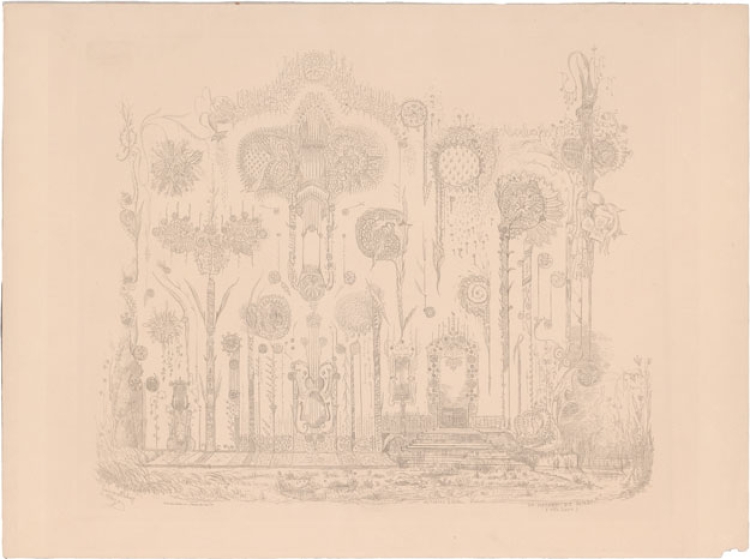 Victorien Sardou was born in Paris. His parents came from Nice, but were ruined after severe frost destroyed the family olive grove. They moved to Paris when Victorien was still a child. Unable to afford to continue his medical studies, he earned his living teaching French, Latin, and mathematics. At the same time he started writing for the stage. After a difficult beginning as a playwright he became very popular, his most famous works being Madame Sans-Gêne, La Tosca, and Pattes de mouches (A Scrap of Paper). The rejection of one of his plays in 1857 led him to become involved in spiritism, probably through his father. He made several drawings and engravings using an automatic process, claiming to be guided by the spirit of Bernard Palissy, the main character in his play of the same name. He described his experience as a medium in the Revue spirite in 1858, explaining that he also ‘communicated’ with his grandfather, then ‘residing’ on Jupiter, and his two sisters, who had died in infancy and now lived on Juno.

His etchings—in an anachronistic, refined style—depict houses purported to belong to Mozart on Jupiter, to Christ, or to the ‘prophet’ Zoroaster. These ethereal, rococo edifices show Sardou’s astonishing skill as an engraver. His spiritist period came to an end when his plays were performed once more and his fortunes rose.